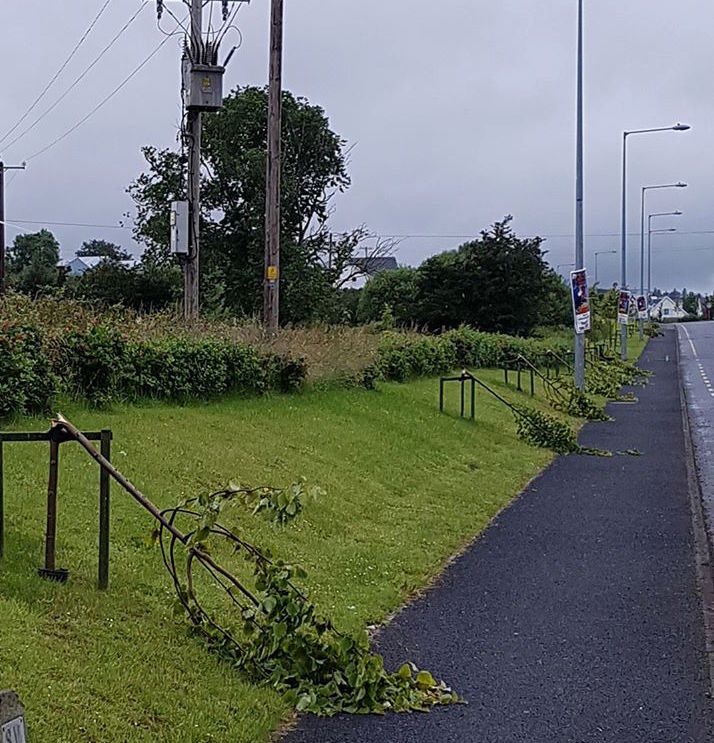 Disgust as vandals chop down more than a dozen trees

There is outrage in Inishowen after vandals chopped down more than a dozen trees.

A total of 13 young trees were chopped in half Carndonagh overnight.

The trees had been planted at the entrance corridor to the town in recent months.

However, vandals chopped down the trees in a matter of seconds.

There is uproar on social media over the act of vandalism.

Gardai have been notified and are investigating the attacks on the trees.

It is understood that the vandals may have been caught on CCTV from the local SuperValu store.

Local man Paddy Farren said “Carndonagh Tidy Town Committee (and whomever else) do a great job around our wee town keeping the place tidy and looking well. But then some d******** who has the brain of a turnip decides it would be fun to come along and f*** all their great work by breaking 13 trees from SuperValu till the Co-op.

“Seriously I hope these muppets are caught, so if anyone knows anything about who done this tell the guards and get them caught.”

Joanne McKinney said “These brainless idiots should have to replace the trees and pick up the litter every weekend for the next 6 months.”