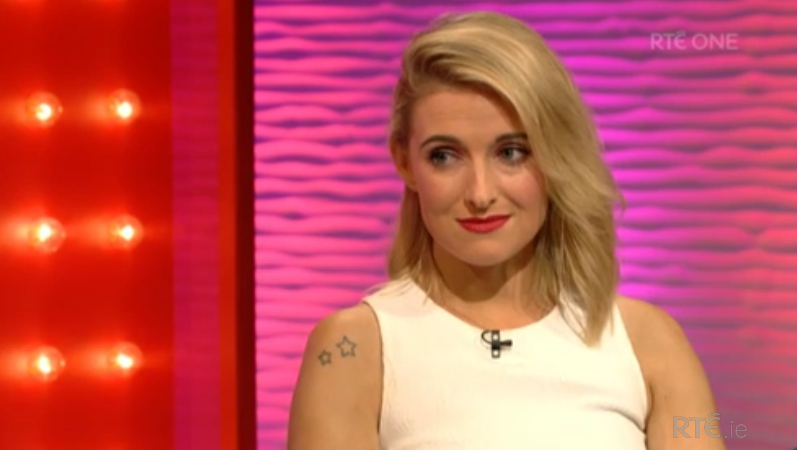 Inspirational Nikki Bradley: “Once I climbed my first mountain I thought, ‘I can do this'”

Inspirational Donegal woman Nikki Bradley spoke to Miriam O’Callaghan last night about how she is not letting her Ewing’s Sarcoma get in the way of living her life to the full.

Nikki was diagnosed with a rare form of bone cancer at sixteen and by twenty six, had two hip replacements. Nikki is one of less than ten people worldwide to live through what she has.

Speaking to O’Callaghan last night, she said; “Up until 2002 I was a normal girl, I was at school in Loreto in Letterkenny and honestly that’s pretty much it.

“Then I was hit with a diagnosis about two or three weeks before Christmas in 2002. I was told that I have Ewing’s Sarcoma, which is a very rare form of bone cancer that primarily affects teens and young adults.

“That day was the start of the changing of my life.”

As she was diagnosed so close to Christmas, medical professionals decided to wait until January to treat Nikki.

“That was horrific, my mum and dad had to try and come up with some kind of normalcy for my family, my brothers and sister. It was horrible. Come January, I started chemotherapy followed by radiotherapy and in the middle of that I had surgery over in the UK, so it was a busy year and a half of getting better and back to good health but thankfully I got the all-clear eventually.”

Nikki outlines that although she was aware that chemotherapy could cause hair to fall out, she knew little about radiotherapy.

“Anybody that has any experience with chemotherapy knows that the normal side affects are things like hair loss. For me anyway, radiotherapy, I knew nothing about. All I knew is that, I was living up in Donegal and I was told I was going to have to have treatment in St. Luke’s every day for six weeks, it would be twenty minutes a day and that would be it. It seemed quite easy actually, twenty minutes is nothing, it didn’t hurt me and it was fine.

“Unfortunately it was the radiotherapy that caused the lasting damage. It essentially destroyed the bone in my right hip and I’ve had numerous surgeries ever since in a couple of different countries to try and save my right leg; all stemming from the damage caused by radiotherapy.

“By 2013 I had two right hip replacements, the first got infected and the second one failed completely and I was told in 2013 that they had reached the end of the road in terms of what they could do in Ireland and that I would remain on crutches for the rest of my life, so that was a very memorable day for good reasons.

“I walked out of the hospital and just sat and thought ‘look, you’re somebody that has waited to get better for a very long time and you’ve put things on the long finger because you keep saying that one you get better you’ll do this’, and I realised in that moment I was just making excuses.

“To be told that I was going to remain on crutches for the rest of my life and that my health was going to deteriorate further, was kind of the kickstart that I needed and it helped me set up my foundation and all the positive stuff I’ve been able to do since.

“The very first one was climbing Muckish Mountain which took a very long time because the weather was absolutely awful. Once I climbed my first mountain I thought I can at least do this because I didn’t know before, it was more of an experiment of ‘can I do this with crutches?’

“The terrain on the mountains in Donegal is very boggy, there’s a lot of heather so the crutches get caught quite easily so it was a very frustrating climb but I learned a lot and I realised I love that feeling at the top.”

Since reaching her first summit, Nikki has done rock climbing, diving, abseiling, and has even done the ‘Fan Dance’ in the Brecon Beacons in Wales; a task used to train the British Special Forces! This January, Nikki became the first ever woman to finish the gruelling race on crutches.

“It’s by doing these things that you realise that you can actually do them, by giving them a go, it’s resulted in me attempting crazy things.”

Unstoppable Nikki has established ‘Fighting Fit for Ewing’s’, scaling The Sturrall, Slieve League, abseiled off Fanad Lighthouse and even scaled a glacier in Iceland!

To keep up with Nikki’s incredible adventures, you can check out her blog by following this link:
http://nikkibradleyspeaks.com/

Inspirational Nikki Bradley: “Once I climbed my first mountain I thought, ‘I can do this'” was last modified: July 9th, 2017 by Elaine McCallig
Facebook0Tweet0LinkedIn0Print0
Tags:
fighting fit for ewingsinterviewmiriam o callaghannikki bradley