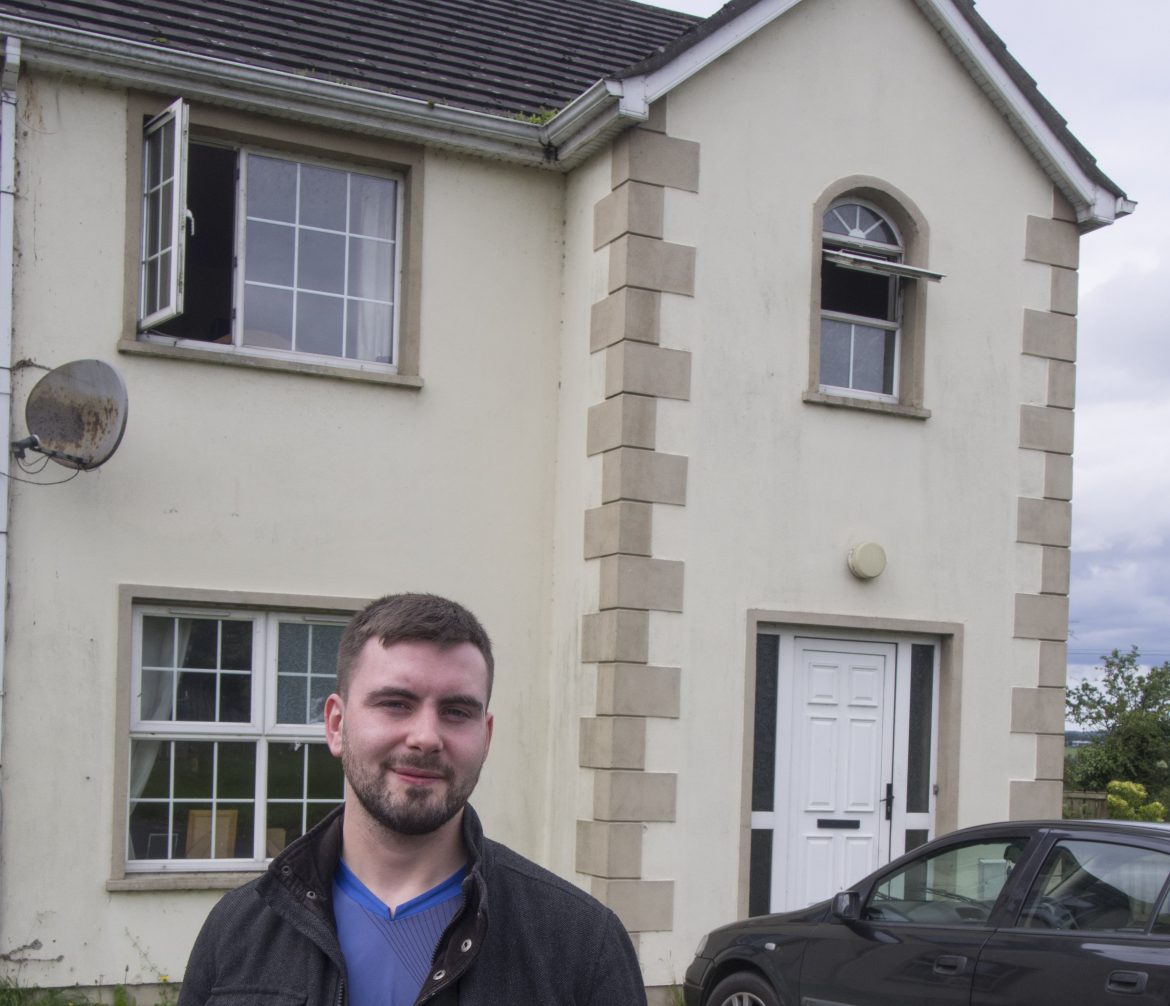 A young man who saved a girl in a housefire has said he thanks God that he left his bedroom window open.

Painter and decorator Daniel O’Kane had just gone to bed in the early hours of today when he heard shouts for help at his home.

The 26-year-old smelled smoke and rushed outside his home to see smoke coming out of his neighbour’s home at Woodthorpe in Newtowncunningham.

The father of two saw his eight-year-old neighbour shouting for help from the upstairs window of the adjoining semi-detached house.

Mr O’Kane grabbed a stepladder and opened it up fully in a bid to reach the top window of the house.

The girl’s father Tony Simmons managed to hand the child out the window to Mr O’Kane who brought her to safety.

Brave Mr O’Kane went back up the ladder to reach Mr Simmons but he was beaten back by heavy smoke.

Members of the fire service from Letterkenny and Derry arrived quickly on the scene and managed to take Mr Simmons from the house.

Both father and daughter are being treated at Letterkenny University Hospital for smoke inhalation but their injuries are not life-threatening.

Mr O’Kane, who is originally from Raphoe, said it was a blessing that it was a warm evening and he had his bedroom window open.

“It was a blessing that our bedroom window was open because I might not have heard her shouts for help otherwise.

“I did begin to smell smoke but by that stage it may have been too late.

“It all happened so quickly. It was about 12.30am and when I heard the shouts for help, I just jumped out of bed and went outside to see the smoke coming from the bedroom.

“I just grabbed the ladder, stretched it out fully and was able to get to her. I was just so glad I could help.

“I couldn’t get to her father but I’m just so relieved that the fire service got him and nobody was seriously hurt,” he said.