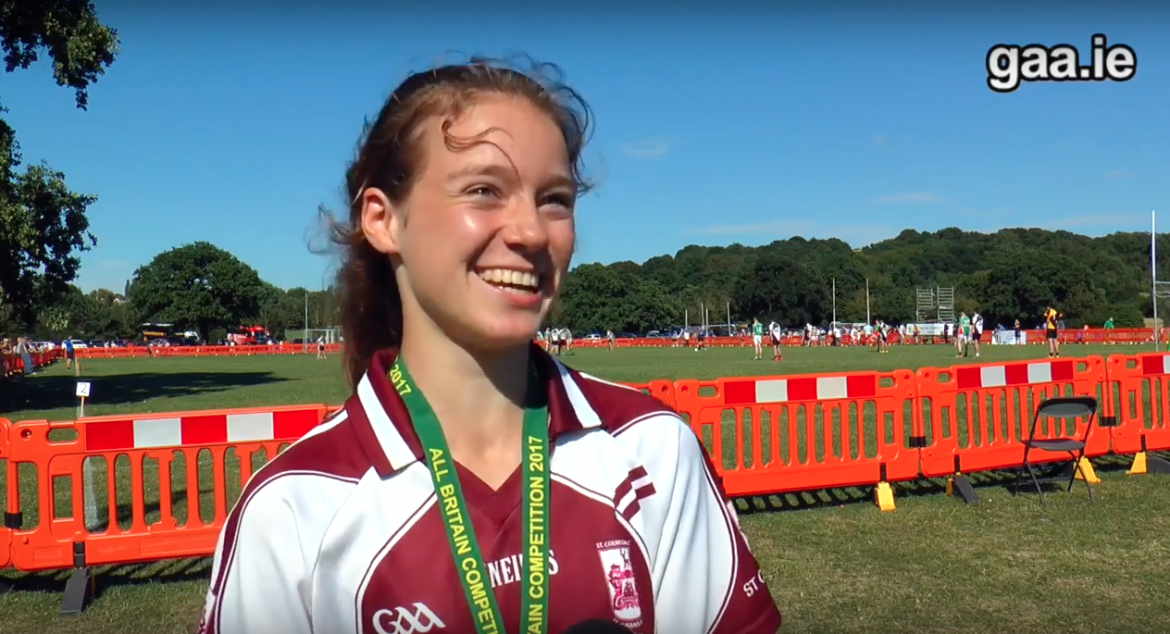 A Donegal man set up a GAA team in England just so his daughter could play the game – and they won two titles at the All-Britain Championships at the weekend!

Neil Gallagher, originally from Arranmore, is now living in St Alban’s, Hertfordshire in England and is heavily involved in the local GAA club, St Colmcille’s.

His daughter, Niamh, played on the boy’s teams until she was unable to under rules.

So, Neil set up a girl’s team and in Greenford, London at the weekend St Colmcille’s won the Under-14 and Under-16 Cups.

“When we got to Under-14, when girls can’t play with boys, my dad decided to make a girls team so I could keep playing,” Niamh said.

“I used to play with boys.  So, he gathered girls from my school, people from my football team, rugby team and netball team.

“We trained for six months and then we went to the All-Britain and we won that one.”

Neil says that just three of a squad of 25 players have Irish connections.

He said: “Others don’t even have Irish grandparents! It’s such a compelling game. Parents have come in and been like: ‘Wow, what kind of game is this?’”

Jerome Quinn was in Greenford and spoke to the proud father and daughter: