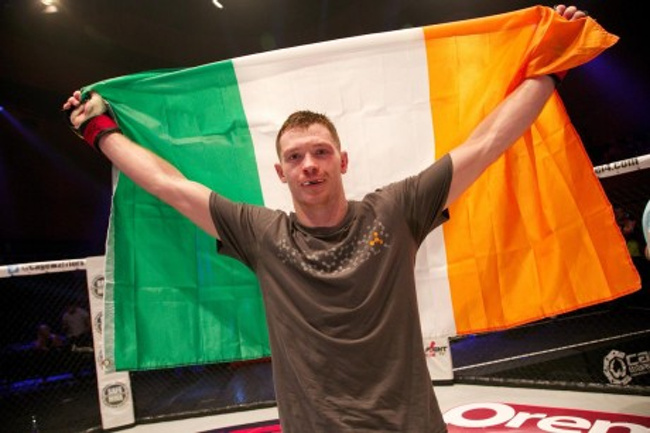 Joseph Duffy gets a new seven-fight contract with the UFC

Duffy entered free agency following a win over Felix Madadi in London in March, but is now back with the UFC.

Duffy arrived at a contractual impasse with the UFC, but has now agreed what is said to be a ‘six-figure’ contract.

“Joe is happy with the new deal and is looking forward to getting back in and being more active,” Duffy’s manager, Graham Boylan, said.

Bar his points loss at the hands of Dustin Poirier at UFC 195, lightweight Duffy has won all of his UFC contests inside the first round.

Duffy scored a unanimous decision win over Madadi at the O2 in London in a three-round lightweight contest in March.

The 29-year-old Burtonport man, is a former pro boxer now based in Montreal where he trains out of the Tristar Gym.

Joseph Duffy gets a new seven-fight contract with the UFC was last modified: July 13th, 2017 by Chris McNulty

Here’s the draw for the third round...