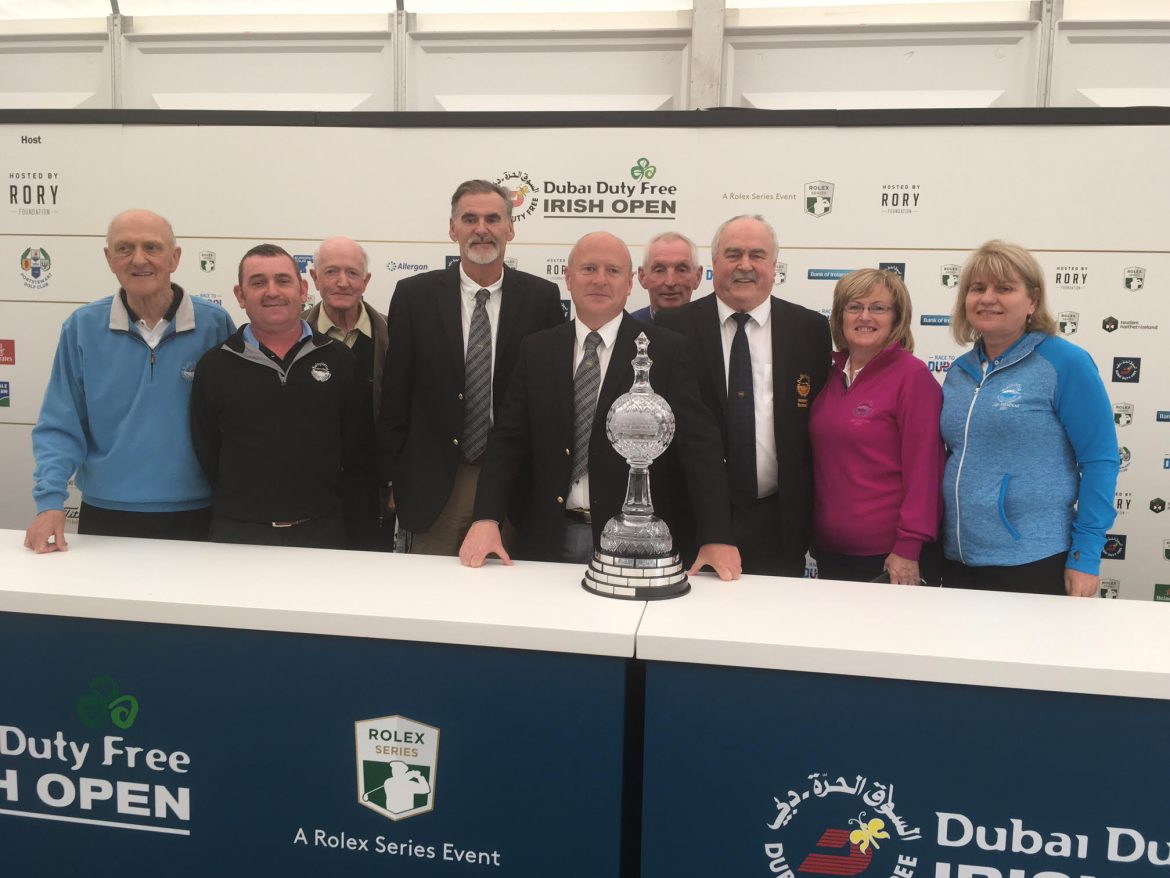 I’ve been fortunate enough in the past to have attended major golfing events like the Irish Open and two Ryder Cups.

Last Sunday I went up to Portstewart on the final day of the Dubai Duty Free Irish Open 2017 mainly to cover the official announcement that the 2018 event would be hosted by Ballyliffin Golf Club.

I made sure to get there early and was able to take in what a huge challenge it is to host what is now one of the major events on the European Tour. The signs pointing anyone unsure about how to find the course began well before you got to Coleraine and lead you to the free parking available and excellent Park and Ride facility which then dropped you off beside the course. There were people at both ends eager to pass on any information required to get you safely back to your vehicle.

It was a similar story once you got past security at the entrance gate, the tented village, the refreshments outlets, the signs directing you to the practice area and of course to the action as play was already well underway.

The courtesy cars, the Media centre, the VIP tent, the restricted access to the clubhouse, the recorder hut and the multitude of bogies transporting the players from point A to point B all taking place as if it was a normal event which Portstewart Golf Club was used to dealing with. Of course, it’s not a normal everyday event but it has a structure that happens almost every week but in a different place. The two weeks before were in Germany and France and the next two weeks are in Scotland and then the British Open at Birkdale on Merseyside.

The challenge for Ballyliffen Club General Manager John Farren and his team will be a huge one. Firstly the Glashedy Links course will have to be in pristine condition and than all the requirements needed by players, officials and the general public will have to be performed to the highest level.

Ballyliffen Golf Club sought this challenge and deserve great credit for doing so and I have no doubt that no stone will be left unturned in the endeavours to meet what will be required.

Reacting to the confirmation that Ballyliffen had been selected to host the 2018 event John Farren spoke eloquently of what this would mean not only for Ballyliffen and Inishowen but also for the whole of the North-West region he made one point which summed up the club’s determination to make the right impression when he said “we don’t see this as a one-off, we will ensure that after the 2018 event that the Irish Open will be back to Ballyliffen on a regular basis.”

He also reminded us that 2018 is a Ryder Cup year and come next July when the circus that is the European Tour comes to Inishowen, those big names who passed on it this year may be in a battle to clinch a spot on Thomas Bjorn’s team and side-stepping Ballyliffen may not be an option.

Let’s hope John is right and many congratulations to him and all involved in bringing the stars of the European Tour to our County in 2018.

Donegal improving and next stop Sligo to take on Galway
After that dramatic injury time winning point by Patrick Mc Brearty in Navan, it’s Galway next for Donegal in Sligo on Saturday week. The team showed a fighting spirit in overcoming a determined Meath side and when the chips were down midway through the second-half they responded well to the challenge presented to them.

Galway could not repeat their 2016 victory over Roscommon in the Connacht Final and will be keen to put that behind the in Sligo. A Quarter-Final spot awaits the winners, for Galway that would mean a meeting with Kerry while Donegal could draw either the ‘Kingdom or the Rossies’.

We need to be patient with our team, the young lads are still finding their Championship feet and they need time to settle into that challenge.

Last weekend they showed that they are keen to continue their championship journey, so let’s encourage them to do just that. 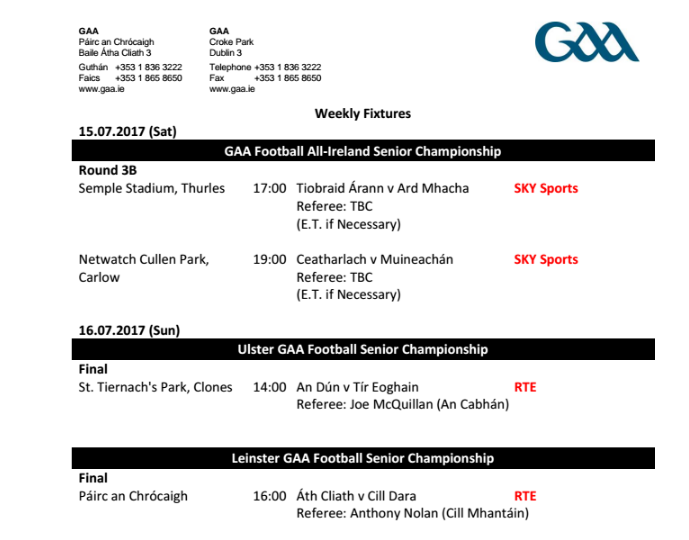