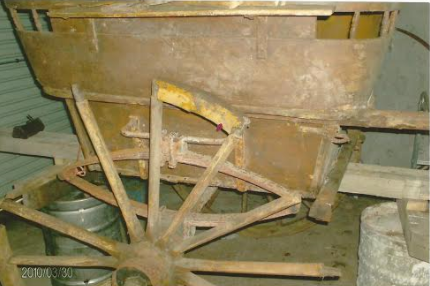 Members of the Men’s Shed project in Carndonagh have painstakingly restored a 200-year-old old pony trap, salvaged from a local farm, to its former glory.

The pony trap was used by a local family in the Glentogher area since approximately the 1800s.

Men’s Shed Carn, Chairman Jimmy Marchbank said; “One of our members brought in the pony trap which had been donated to him by a local family. It was falling apart and needed significant restoration and repair. Through some support from Inishowen Development Partnership’s School Completion Fund, one of our members Robert Toland took it on as a project and with the help of some of the other members, successfully restored the centuries old pony trap to its former glory.

“Techniques used in the restoration project were as close to the original techniques as possible including ‘hooping the cart’ wheels.” 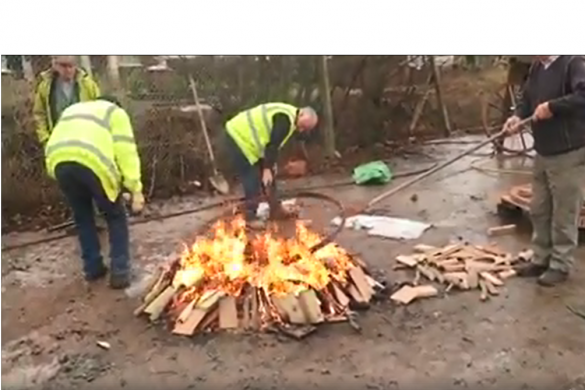 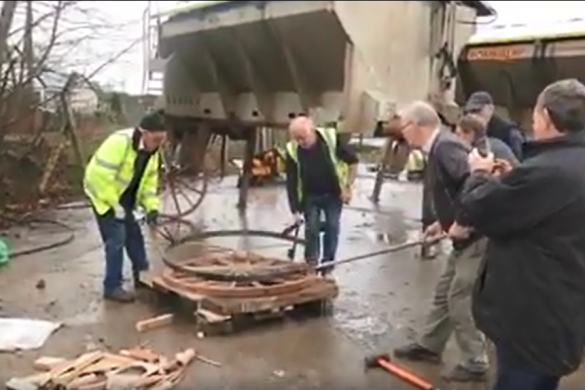 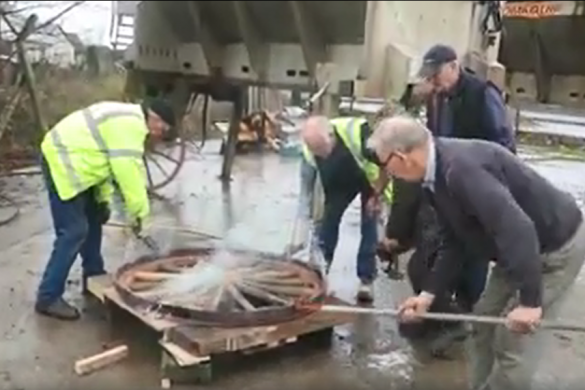 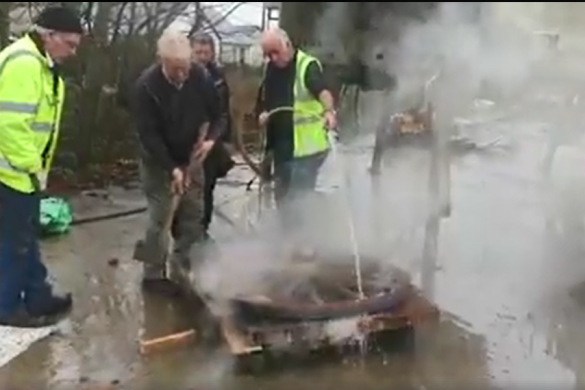 Ross Buchanan, a member of the family who donated the pony trap, explained how they were delighted at how it has been restored and went on to tell the story and history of the pony trap.

“The old trap had lain in the top of the byre since I was a boy, and indeed since my mother was a child. Much of the woodwork had been consumed by woodworm and when the old byre was demolished the trap could easily have been lost forever. 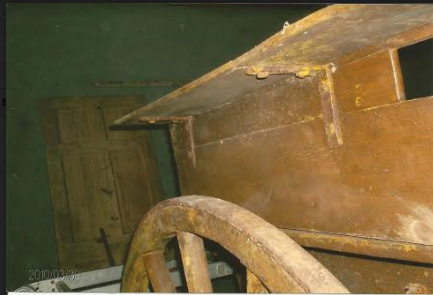 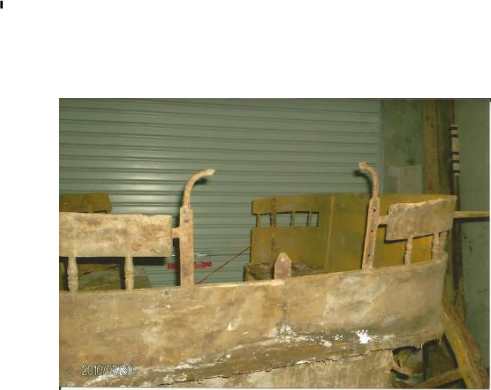 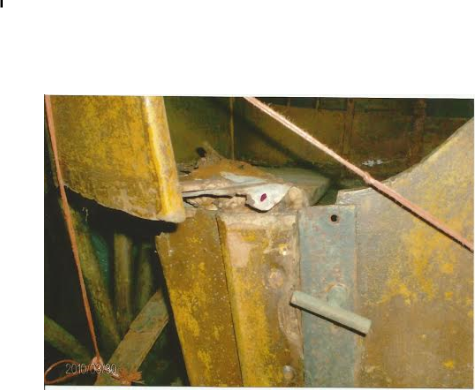 “The McMonagle family have been on the land in Glentogher since the early 1860s. The first son to live here was James McMonagle who married Annie Smyth and they moved there from further down Glentogher in 1863 after their wedding. James had four sons and seven daughters in the home.

“The pony trap was certainly there in the time of James’ son William and was regularly used to go to Hillhead Church. Rumour has it that the young lads would race home against the Cunninghams of Cashel, and perhaps the Northeys of the Planting who also had a grand trap.

“It isn’t known if this was the cause of a pony’s death on the way home one Sunday, when the unfortunate animal collapsed on the way back at the site of the old Glen school. I once heard a story that my grandmother (née Smyth) had recounted that the McMonagles thought they were something special coming to church in a trap. Perhaps that is why she married one! 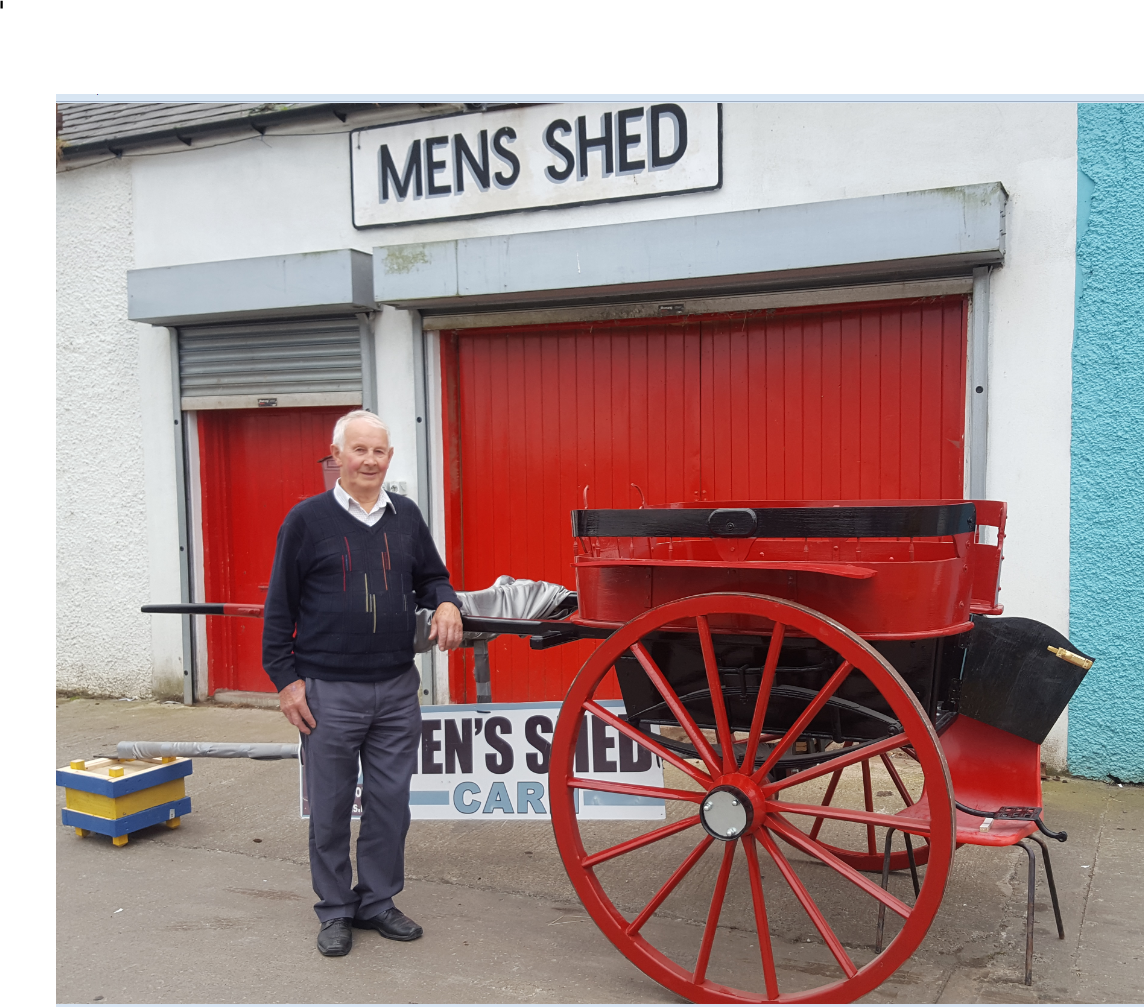 “The previous occupants of the house, an English family by the name of Gare, had left in the late 1850s. In recent years, the descendants of one Edward Gare who had lived there during that time, made the trek back from Australia, and by chance their paths crossed with my mother.

“They passed on a journal that Edward had composed which included a fascinating account of his time in Ireland and life in Glentogher. 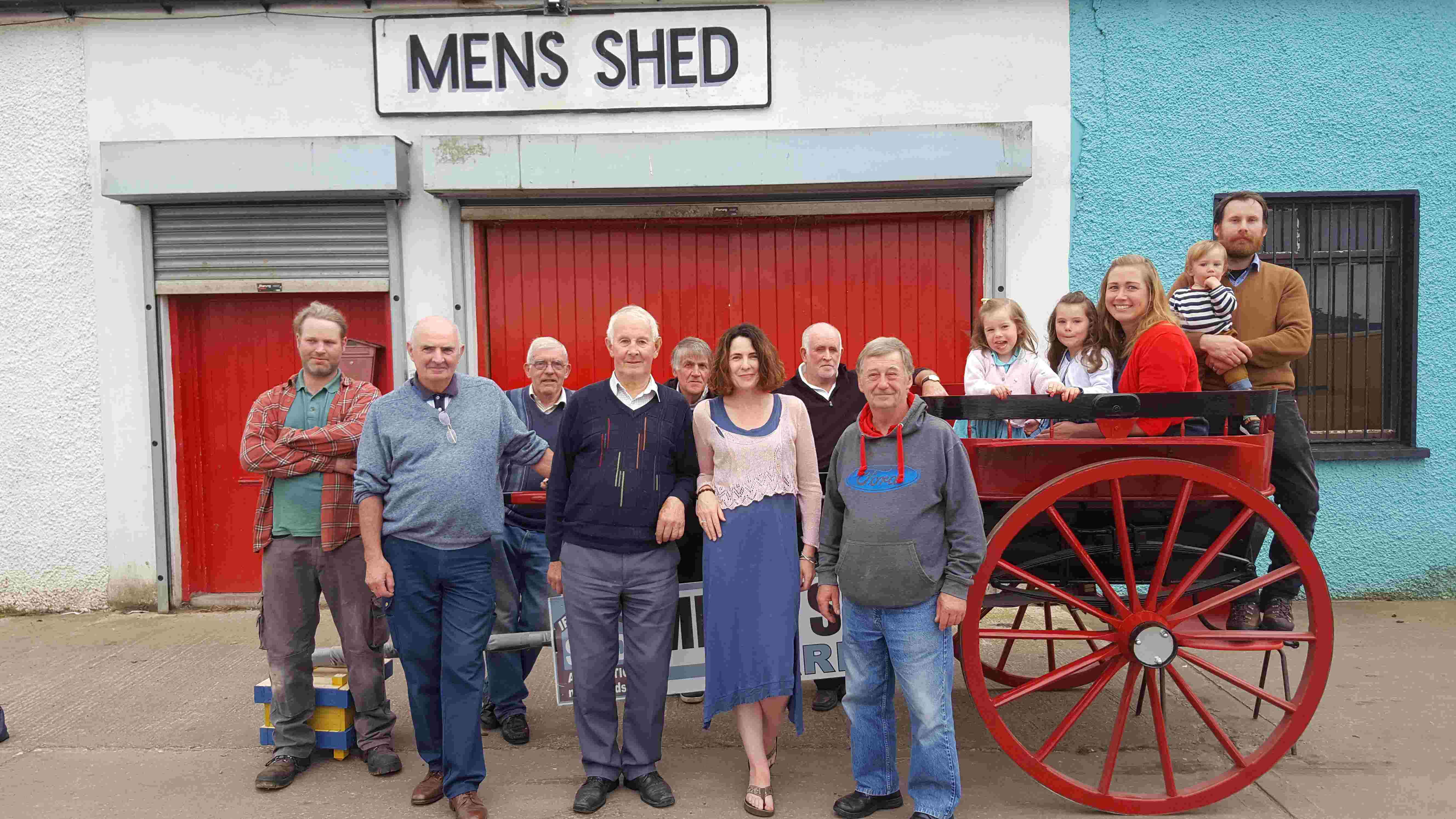 “One of his tales mentions a trip with horse and conveyance to purchase a plough. Upon completion of the transaction the vendor insisted that young Edward take a drink of whiskey with him.

“Young Edward was reluctant at first, but finally succumbed to sustained pressure after being assured it was superior stuff which tasted like milk. Before he was halfway home, our hero was overcome and awoke in his bed the following day; the horse having safely brought him and the rig home. It is probably unlikely that this was our trap, as traps became popular later in the century.

“It is wonderful to see such an antiquity revived, which for all intents and purposes was lost. Robert has done a first class job of restoring the trap. Indeed its renewed condition is a testament to his perseverant efforts. I hope that it may serve well as a rallying beacon for the Men’s Shed of Carndonagh.”

Jimmy Marchbank says that the Men’s Shed Carn was established in 2012 to give men of the area an opportunity to share their skills in a community-based setting.

For more information you can check out their Facebook page.