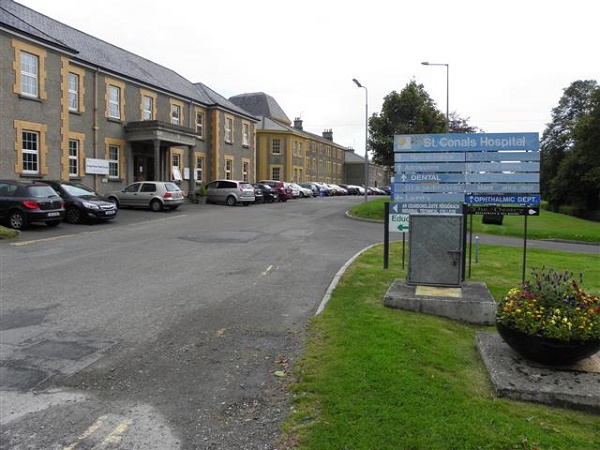 Pat the Cope, who recently raised the issue of the closure in the Dáil, is happy to report the confirmation from the HSE and Department of Health that it will be reopened soon.

The new equipment for the Rehab Unit has been ordered and should be in place within 2 weeks and with a short operational trial period, the services will resume for the general public by 3 weeks.

Pat the Cope said: “The current situation is unbelievable with no Cardiac Rehab services available to outpatients since May of this year, and a reduced service available only to those who remain as inpatients. The Donegal patients who rely and depend on this service will be relieved to learn that a solution is in sight and that the unit will once again be operational.

Pat the Cope in his Dáil debate highlighted the great work that was being carried out in the Cardiac Rehab Unit even with the reduced staff numbers since 2011, and the removal of the community cardiac rehab service in 2010 which covered the towns of Dungloe and Ballyliffin.

He said: “The current crises has existed since the 31st May when the Telemetry monitoring equipment  broke down, since then all outpatients services have been suspended and with an ever growing waiting list for Cardiac rehab  the situation has greatly worsened.

“The Irish Cardiac Rehab Guideline state that following  heart procedures, operations or a Heart attack that Cardiac Rehab must be made available on at least twice a week basis in order to underpin a full and lasting recovery.

“It is medically proven that those who avail of cardiac rehab have a 30% less likely chance of being readmitted with cardio trouble in subsequent years. Prior to the monitor breaking, over 40 patients were being seen on a weekly basis by the rehab unit in Letterkenny.”

Pat the Cope added that with over one third of all deaths in Ireland being cardio vascular related it is imperative that the HSE, Department of Health and the Minister for Health continue to invest in Cardiac Rehab services.

“I again reiterate my request and  call on the Minister to reinstate the staffing levels to its full complement and to fully restore the community rehab service to Dungloe and Ballyliffen so that patients in the regions can more easily access this most vital service after any cardiac or coronary event in their lives,” said Pat the Cope.