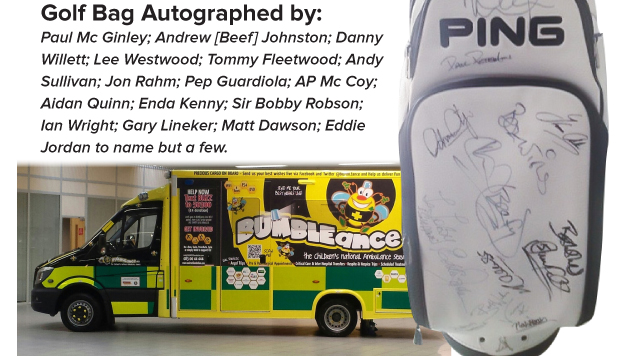 The top prize in the draw is a highly-sought after autographed golf bag which is covered in signatures from top celebrities, European golfers and ex-Premier League Footballers.

Eamonn had the opportunity earlier this year to purchase the golf bag eBay. “I noticed someone with the bag for sale stating that it had autographs of top sportspeople and celebrities on it. 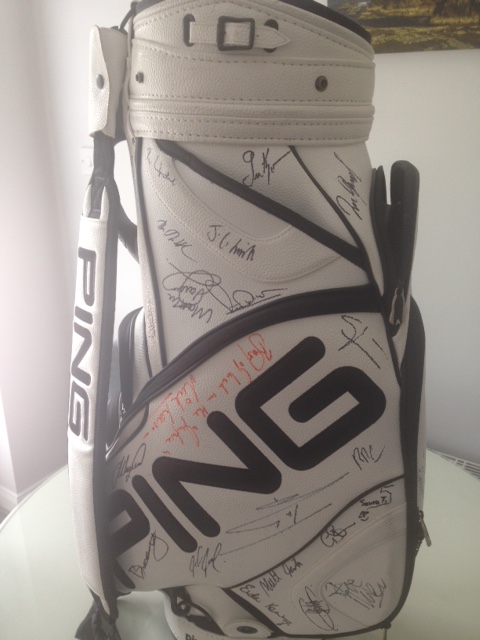 “I thought that, if I purchased it, then I could add to those autographs at the Dubai Duty Free Irish Open and sell tickets with the proceeds going to a charity, then recently I read about BUMBLEance coming to Donegal and decided that that was the ideal charity to fundraise for”. 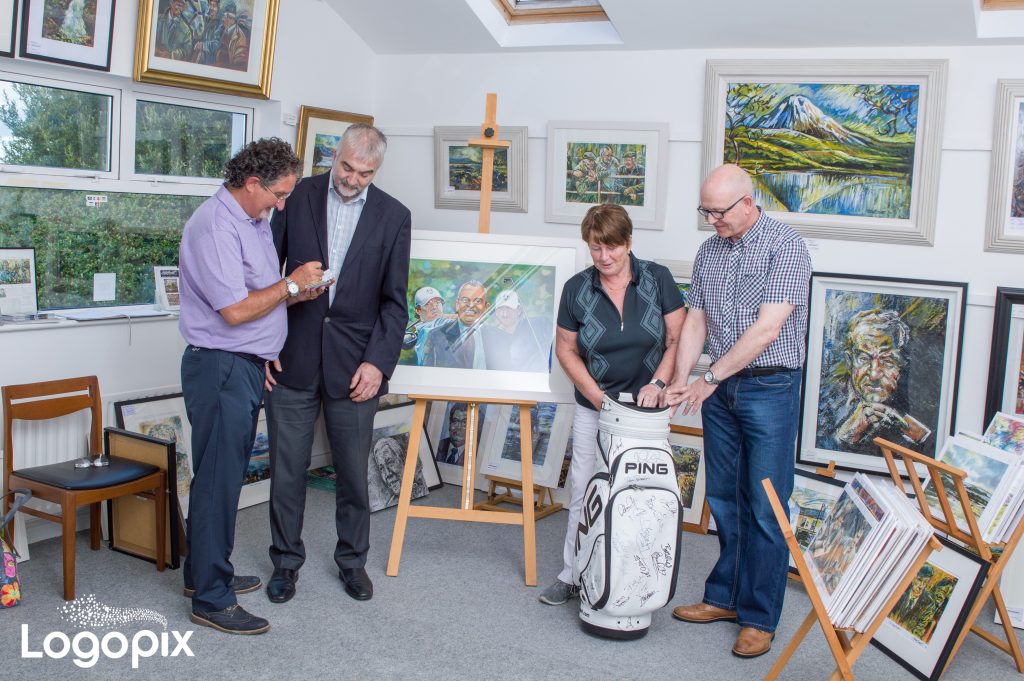 The draw will take place in early December 2017, so Eamonn states that the bag would be a fantastic ‘Christmas’ present!

Between now and the draw taking place, Eamonn hopes to add many other well-known autographs to the bag, especially those from Donegal. “It certainly will be a most sought after prize,” he said. 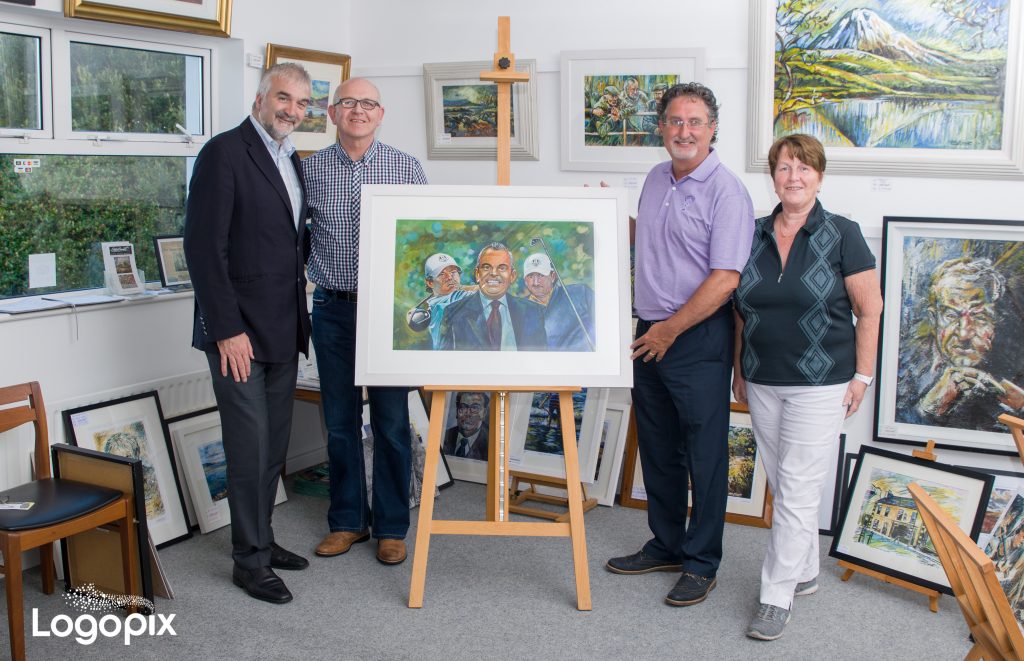 Tickets are now on sale for the draw at €10 per ticket, books of ten. Proceeds will go towards the local BUMBLEance service.

BUMBLEance is a children’s national ambulance service, the world’s first interactive service, which delivers safe and comfortable transportation of sick children to and from children’s hospitals, treatment, respite and hospice centres.

Eamonn, an annual Lourdes pilgrim, has witnessed first hand what many sick children and their parents have to suffer.

The local Donegal/North West BUMBLEance branch was set up in November 2016 to directly support sick children throughout the region.

Tony Heffernan, Founder and CEO said: “The new Donegal and North West BUMBLEette vehicle will be the first in a series of regional BUMBLEettes to be launched in Ireland.

“Many areas in the North West of Ireland do not have major transportation links suitable for sick children who are required to travel to and from hospital on an ongoing basis, thus BUMBLEance and BUMBLEettes are the only solution for these young patients and their families.”