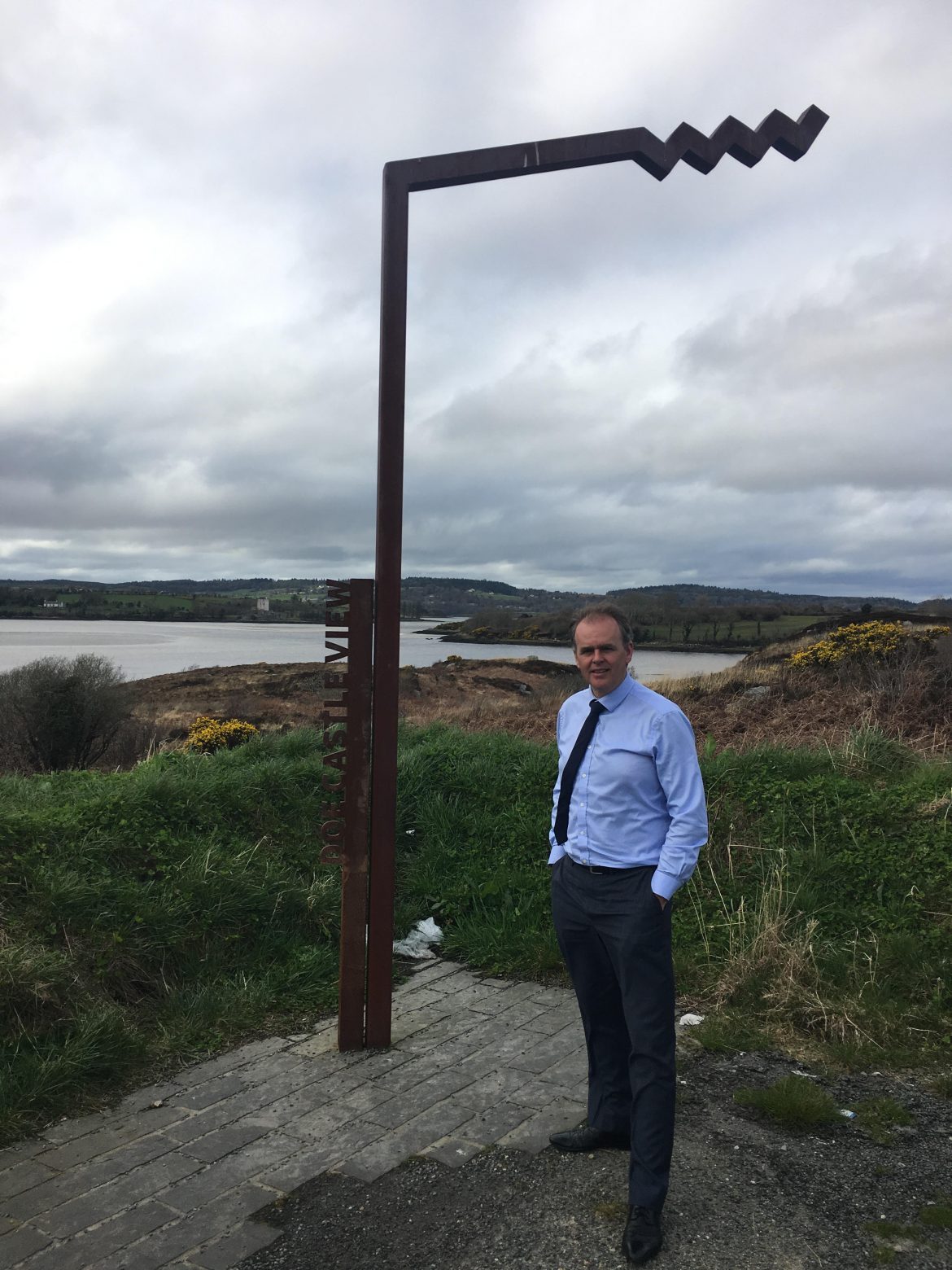 Joe Mc Hugh TD is the Government Chief Whip and Minister of State at the Department of Culture with responsibility for Gaeilge, Gaeltacht and the Islands.

An advocate for the Irish language, Joe re-learned the language in adulthood.

The Carrigart man is also on Leo Varadkar’s Cabinet team, making him the first Donegal Fine Gael Minister to sit at the Cabinet table in over 60 years. The last Donegal Cabinet member was Patrick ‘Pa’ O’Donnell who was appointed Minister for Local Government in 1954.

This is Joe’s Donegal…

(1) What is your favourite place in Donegal and why?
Trá mór beach. Escapism

(2) If you could change one thing about Donegal what would it be?
There is a narrative on Donegal being so far away. Letterkenny is closer to Dublin than Killarney. Leaving the capital via the Port Tunnel and you can be up the road while people heading south meet gridlock in Naas! Time to move on with the A5 through the North and on the Lifford to Letterkenny road.

(3) Who is the one person in Donegal that you look up to and why?
One set of parents – my mother and my father.

(4) Daniel O’Donnell or Packie Bonner?
Packie. I got to know him over the past few years and he’s a gentleman. Haven’t got to know Daniel as well but he is a legend. He’s come a long way from 50 quid a night shows in the Carrigart parish hall in the 1980s!

(5) What has been Donegal’s proudest moment in recent years?
The 2012 All-Ireland Final. A magical weekend and magic days during Sam’s tour of the county.

(6) What was Donegal’s saddest moment?
It breaks my heart every time I hear of a death on our roads. The Donegal Road Safety Group through the Council and An Garda Síochána do incredible work at raising awareness.

(7) What is your favourite Donegal-made product?
Donegal lamb (with spuds).

(8) Who is Donegal’s greatest ambassador around the world and why?
Noel Cunningham, a true gent who is always positive.

(9) Who is Donegal’s most successful businessperson in your opinion?
Deirdre McGlone at Harvey’s Point. A real champion for the whole county.

(10) Who is your favourite Donegal sportsperson of all time?
Shay Given.

(11) What is your favourite Donegal restaurant?
The Olde Glen Bar.

(14) What is the biggest challenge facing the people of Donegal today?
Broadband. Tens of thousands of homes now have fast broadband and thankfully over the next 18 months many more will too. It’s the new ‘electrification’ of the county and vitally important.

(15) What is your favourite Donegal food?
Scallops from Mulroy Bay.

(16) Is there anything that really annoys you about Donegal or its people?
Not really.

(17) Do you have a favourite local band?
In Their Thousands.

(18) What inspired you to pursue a career in politics?
I liked challenging the status quo as a youth worker. Politics became a natural next step.

(19) If you had a million euro to spend improving something in Donegal what would it be?
A luxury ferry to Tory Island.

(20) Is there anything about Donegal that you are very proud of?
Our deep appreciation of the importance of the Irish language gives us a unique connection to the past and a natural love and respect for our culture, our landscape and our heritage.