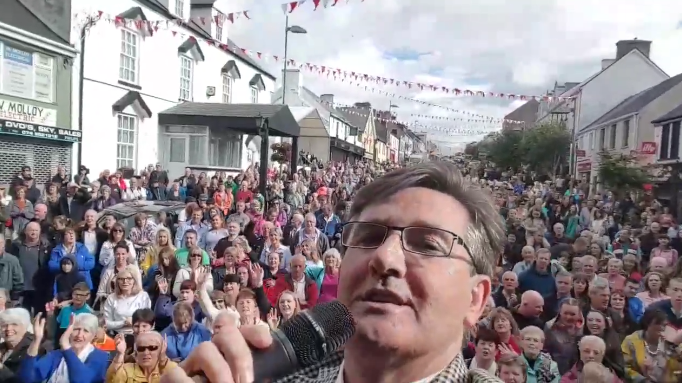 Daniel O’Donnell delighted his Facebook fans this evening when he live streamed a part of ‘Living Next Door to Alice’ in Dungloe.

The 50th annual Mary from Dungloe International Festival kicked off last night, with hundreds making their way to Dungloe for a week that’s jam-packed full of events.

The main street was wedged this evening as fans turned out to see the man himself.

“I’m not too good with the old selfies but here’s a video in Dungloe today at the festival”, he says.

So far over 44,000 people have watched the video in the short two hours since it was uploaded – so it looks like you’re right, you are trending Daniel!