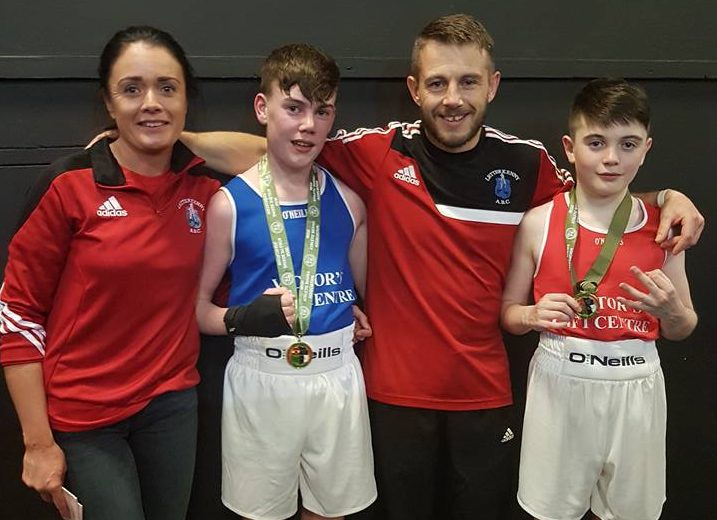 Letterkenny ABC was toasting the crowning of two Irish champions this weekend.

McShane blasted his way to a third Irish title as he overcame Oisin Mulholland from East Down in the 39kgs decider.

McShane took a 4-1 decision from the judges after three superb rounds from the diminutive Letterkenny ace.

McShane was previously a Boy 3 and National Junior Cadet champion.

At 44kgs, Joe Harkin had too much in the locker for Tralee’s John McCarthy. Harkin was an emphatic 5-0 winner as he bagged a first Irish title.

There had been no joy for Donegal’s other boxers in these Championships.

Raphoe duo Tom Doherty and Eoin McGarrell both lost semi-finals, Doherty losing out to Edward McDonagh (Lumpini) at 80+kgs with McGarrell beaten by Myles Casey of Rathkeale at 50kgs.