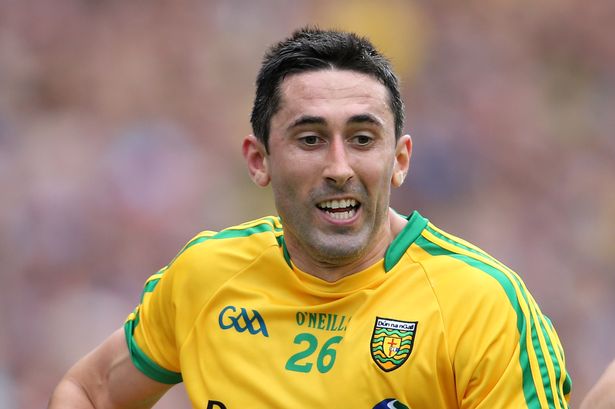 Former Donegal player Rory Kavanagh believes that the job of rebuilding the Donegal squad is a ‘long-term’ one for whoever is appointed to succeed Rory Gallagher.

Last evening, Gallagher stepped down after three years in charge, following a disappointing Championship that saw Donegal suffer heavy defeats at the hands of Tyrone and Galway.

Nine players from last year – including St Eunan’s man Kavanagh – stepped off the carousel for this year and there are expected to be further retirements for the 2018 campaign.

“It’ll take three or four years now, at least, for whoever is coming in.

“The target now isn’t Al-Irelands. The target is getting back to an Ulster final and giving that a good rattle.”

Kavanagh said: “I felt it was a long-term project that he had in mind. Rory would have known with the spate of retirements and boys leaving that it was no quick fix.  It was always going to be a big, big job. The League form probably got us a bit carried away and we thought there was no transition.

“Jim (McGuinness) inherited a good crop of players, but Rory inherited an ageing squad with the best days behind them. Unfortunately now, the team is full of legs but lacking in experience and physical power.

“It’ll take two or three years for them to physically develop. If you look at Kerry, Dublin, Tyrone, they’re not peppered with under-21s. They’re senior players that have experience to draw upon.”

Since the 4-17 to 0-14 defeat to Galway in a Round 4A qualifier in Sligo last weekend, Gallagher has been the subject of some sharp criticism and Kavanagh has condemned some of those online, who were described last night by Donegal goalkeeper Mark Anthony McGinley as ‘keyboard warriors’.

Kavanagh said: “We have to be realistic. Some of the abuse Rory received was incredible and it was very damaging. It was personal and it went totally over the top. If they call themselves real GAA people, they wouldn’t stand up and say it to his face the type of stuff that was written. It was uncalled for.

“It’s a results business now, but it was disappointing to see some of the stuff. Young players are reading this stuff too.”