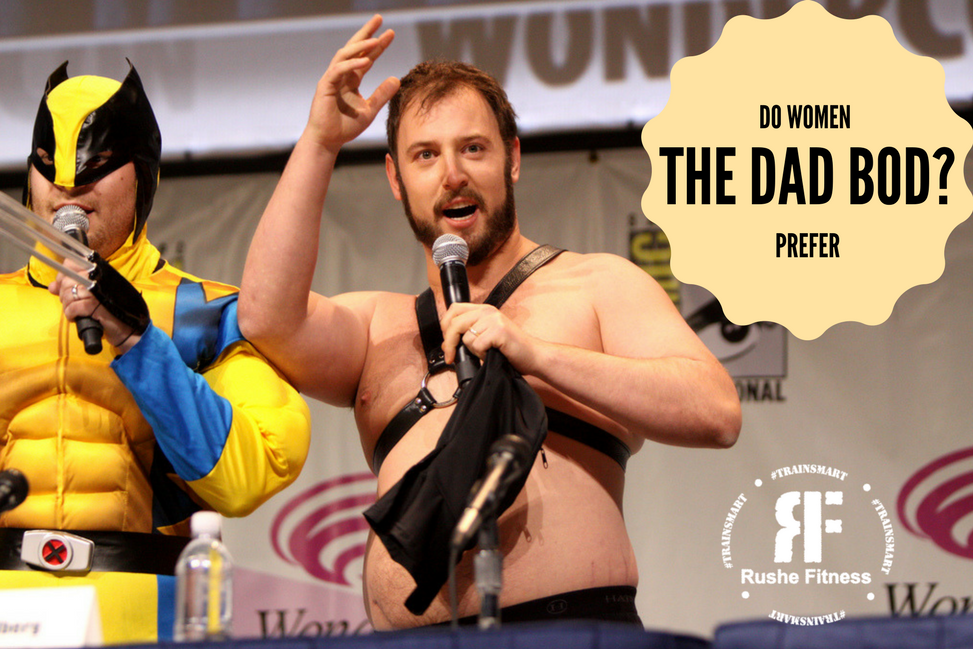 A survey from 2014 revealed some surprising results: 75% of women prefer men with a big belly and love handles over six-pack abs.

Eh, what? Did I miss something? Has my Facebook newsfeed not been filled with memes of fitness models with catchy slogans? Slogans that should be motivating me to ‘CRUSH MY WORKOUT’, always be in ‘BEAST MODE’ at the gym, and lest not forget to ‘ALWAYS SQUAT’, because we’ve got to get ‘DAT ASS’ don’t we?

Well maybe men don’t, but it flashed up somewhere on Facebook. So, what’s going on? Has there been a flip in the space time continuum? Or do women really prefer men with a bit more to hold onto?

Let’s get down to the finer details.

Why is it that the women in this survey prefer their men with a bit of a belly?

Almost all the women, 96%, said they automatically assume a guy with a belly has a better personality than a man with a tight body. Now we are getting down to it.

It seems that the women on the survey assumed that men with big bellies are like John Candy, Kevin James or Jonah Hill. Sweet, funny, kind of awkward, but will treat you like a goddess and will always look after your every need, because that’s what they do in the movies.

Whereas they naturally assumed that men with 6 packs would be like a cardboard cut-out of Ryan Gosling. He’s nice to look at, but nothing much in the way of conversation. What else was there that was putting women off the prospect of having a ‘Bronzed Adonis’ as a partner?

Nearly as many as 91% of the women surveyed said men in perfect shape prioritize spending time in the gym over spending time with their partner.

Well, I don’t think we can argue with this point guys, can we? I have been known to go to the gym for ‘an hour’ only to have a search and rescue team trying to locate me.

But, the problem can’t be just a lack of personality and prioritizing the gym over women, can it?

80% of the women surveyed said that guys with great abs are unlikely to be able to relax and have fun, being too obsessed with what they eat. This is ridiculous… (I nearly spat out my protein shake.) Let me set the record straight on this one.

Bringing your own food to a wedding is NOT, I repeat NOT obsessing about food……. DON’T JUDGE ME, there was a good reason, honest. (Plus I ate it in the car… ) So, what is it?

Why do women seem to put down the guys with the 6 pack abs?

74% of those surveyed said a man with a great body makes them feel self-conscious about their own bodies. This could be a valid reason, but what you must remember ladies is this; If a guy wants to be with you and is REALLY into you, he will appreciate your body and will let you know that he does.

If he doesn’t or if he makes you insecure about it, the next time you both are out for a drive, do yourself a favour and reach over and press the ejector seat button.

What it really comes down to is this. You prefer what you prefer.

All the memes, motivational speeches and you tube videos won’t change your mind on what you are attracted to and neither they should.

For further information on how to get a man with a 6 pack contact me through the link below.
https://www.facebook.com/rushefitness/?ref=aymt_homepage_panel