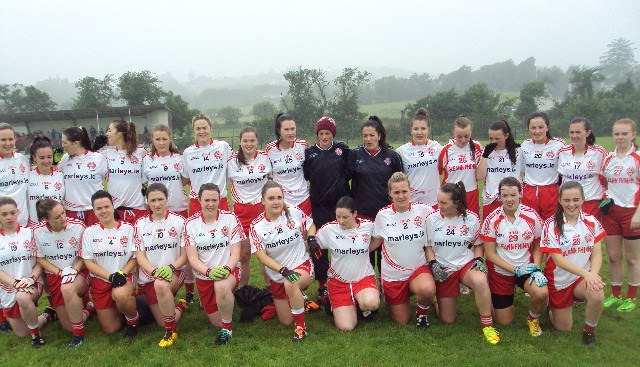 Noah’s Ark wouldn’t have been out of place at The Burn Road this morning, when Glenfin got past old foes Termon to book a spot in the Donegal Senior Ladies Championship final.

Francie Martin’s team, last year’s beaten finalists, are back in the showpiece following a deserved win over Termon in torrid conditions.

Yvonne McMonagle’s two first half goals, and a final tally of 2-4, proved the big difference in a five-point win for the An Gaeltacht Lár side.

The driving sheets of rain teemed down during the first half and the participants made the most of the soaking air. It was to their credit that they managed to produce an entertaining contest in spite of their stage.

These two have had plenty of bite in recent terms and this crunch clash was no different. In the last ten minutes, referee Siobhan Coyle had to brandish four yellow cards. Termon trio Emer Gallagher, Emer Alcorn and Roisin Friel were all sanctioned, as was Glenfin’s Katy Heron, punished for her part in a tangle with Gallagher. 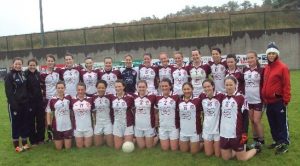 By then, Glenfin were almost home and hosed, though the presence of Geraldine McLaughlin in the Termon attack meant they couldn’t count their chickens until the last shrill of the whistle.

Gemma Glackin was denied an early goal by a strong save from Termon player-manager Maureen O’Donnell and Termon were edging the early exchanges with McLaughlin (2) and Friel giving them a 0-3 to 0-2 cushion.

But Glenfin struck gold when Karen Guthrie scythed through the middle and off-loaded to McMonagle, who powered home the first of her goals.

McLaughlin kept Termon in it, but with Guthrie and McMonagle on the mark, Glenfin soon took command when they broke for a second goal. Glenfin seized on some hesitancy in the Termon rearguard and McMonagle riffled to the need after another sweeping move.

When Heron thumped over from distance, it gave Glenfin a 2-6 to 0-5 advantage at the break. 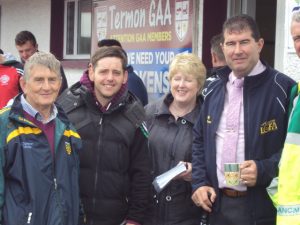 Termon crept their way back with McLaughlin on the money with three points and Friel brilliantly splitting the sticks from distance.

Glenfin would score only three second-half points, with county stars Guthrie and McMonagle (2) registering, but it would prove enough as a fine Friel point was all that Termon could add in the closing 18 minutes.