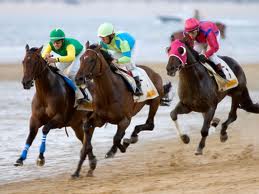 The well-known Ballintra Race meeting has been cancelled for the second year in succession.

A spokesman said the track was slippy and that they could not allow it to go ahead in the interest of safety.

The race meeting takes place at Murvagh every year on the August Bank Holiday weekend and is one of the highlights of the summer in south Donegal.

The event has been running since 1943.

It was cancelled again last year because the track needed to be reseeded – again after bad weather.