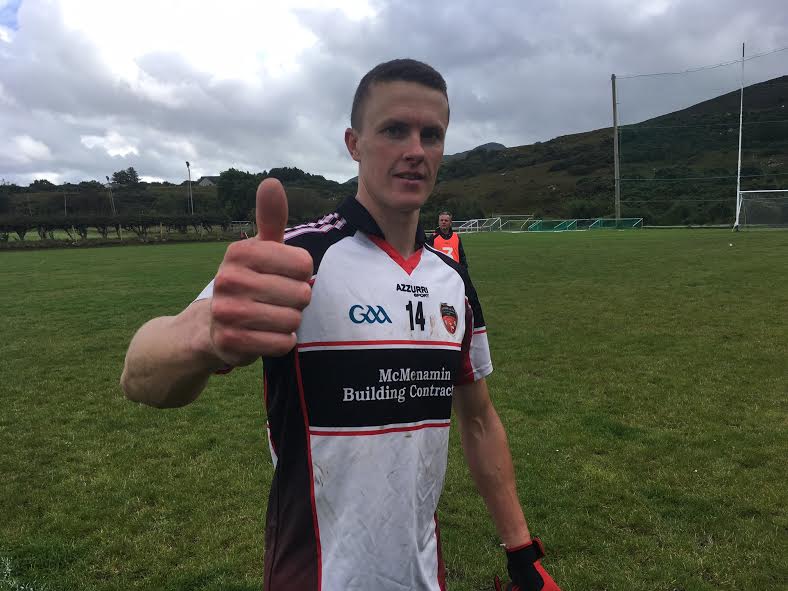 Urris looked set for victory but Browne had other ideas and kicked two late scored to seal a 1-14 to 1-13 win for the Crossroads men.

“We could have put the game away, but we missed a couple of goal chances,” Browne said.

“We were lucky to get away with it in the end and get down the road with the two points.

“They could have won it just as easy as us. It’s never an easy place to come here with a gale force wind, but we’re happy to be going home with the two points.”