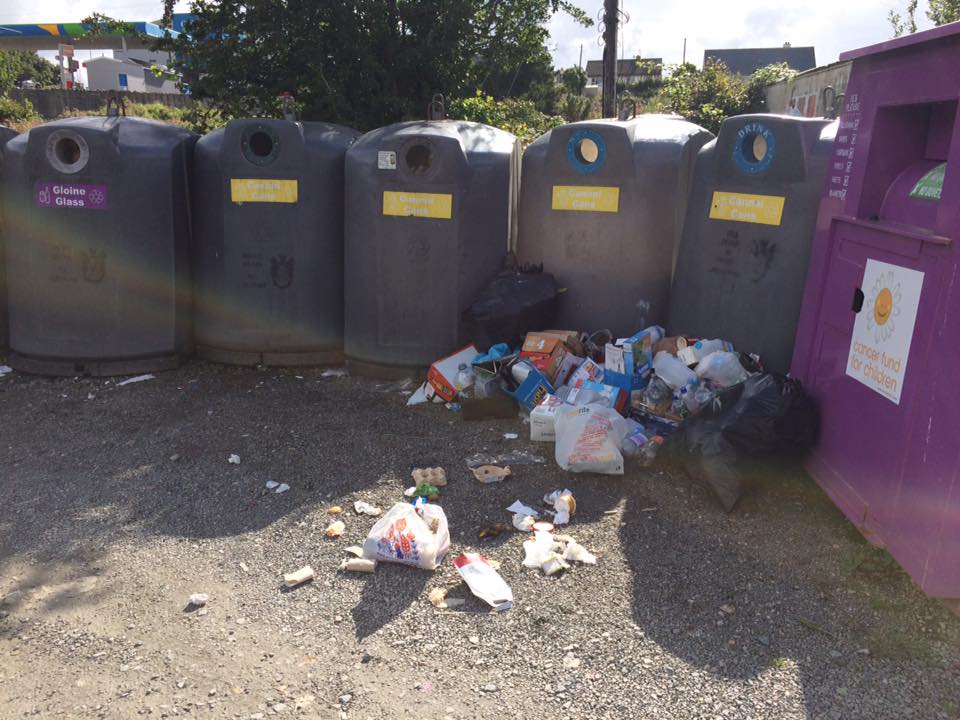 Disgusted by the illegal dumping, he asks “why do people think they have a right just to dump their sh*te anywhere they want?”

People have been blaming holiday makers for the rubbish over the Bank Holiday weekend, however Cllr Mac Giolla Easbuig tells Donegal Daily that responsibility must be taken for the fact that even during off-peak seasons, illegal dumping also occurs.

“There’s scrap thrown over our bogs and hills as well, there is a social responsibility to clean up.

“When notified, Donegal County Council do move very fast to clean it.”

“We all have a responsibility to clean up – it’s up to everyone and not just the State or the Council.”

A wider debate to be probed is the privatisation of waste management, which when coupled with poverty, inflames the issue of illegal dumping.

“Austerity and poverty are a huge part of this. If you’re on a tight income and are faced with being charged over €10 for a bin tag or putting food on the table, you have to make decisions.

“With a good tax system, the bin services should be paid via Donegal County Council.”

It has also been argued that Donegal County Council should provide plastic, cardboard, and paper banks as well as glass and bottle banks in order to encourage people to recycle.

Cllr Mac Giolla Easbuig explains that he has been pushing for a reform in waste management for the past number of years.

“Donegal County Council needs to look at other waste management models across the country and they need to invest more into it.”

Moreover, he says that manufacturers also have a responsibility to reduce packaging.

“Packaging is over produced to make products attractive and glossy, but responsibility has to be taken for the amount of litter it produces.”

One of the most wasteful products in terms of packaging is milk, says Cllr Mac Giolla Easbuig, due to the amount of plastic used to manufacture the containers.

“We could think outside the box when it comes to this. We could bring our own bottle to the shop and fill up whatever we need, like vegetables where we only buy exactly what we’ll use.

“There are possible and easy steps to reduce plastic production.”

Donegal County Council is the first port of call for complaints from members of the public regarding littering and illegal dumping of waste through the Council’s Call Centre on 074 91 53900.

Outside of Council office hours, or to complain directly to the EPA confidentially you can call the 24/7 Dump the Dumper Hotline on 1850 365 121.

Donegal’s Relay for Life – a virtual...