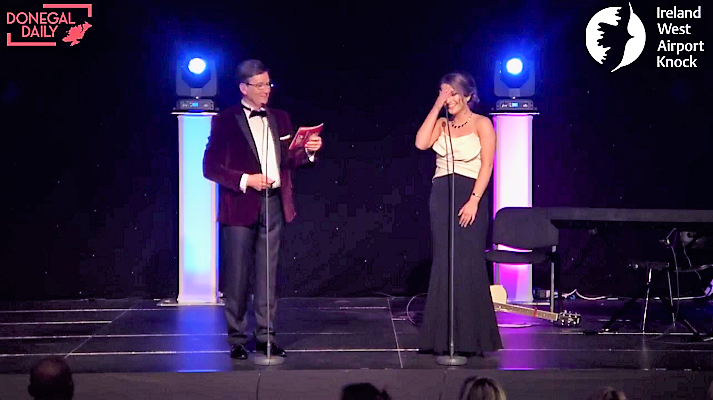 Top 5: Stand-out moments from the Mary from Dungloe Crowning Cabaret

The 50th Annual Mary from Dungloe Festival has come to a close but there are countless memories that will last forever from this special year.

The Crowning Cabaret was one of the biggest nights of all. On Sunday 6th August the big finale was broadcast all over the world through Donegal Daily’s live stream and this gave everyone a chance to cheer on the Marys wherever they were.

The night was full of surprises, celebrations and emotions. Here are five highlights, and don’t forget you can watch the entire show anytime online via Donegal Daily TV or below:

When Daniel stunned the Donegal Mary with a possible family shocker

It was like a big soap drama reveal when Daniel joked to Niamh Gavigan that he could be her father.

He told the Kilcar woman: “Did you know I went to school with your mum? And did you know that I could have been your father?

“I’ll bet she didn’t tell you that. But we’ll say no more because your dad is listening and Majella is here so we can’t go any further than that. 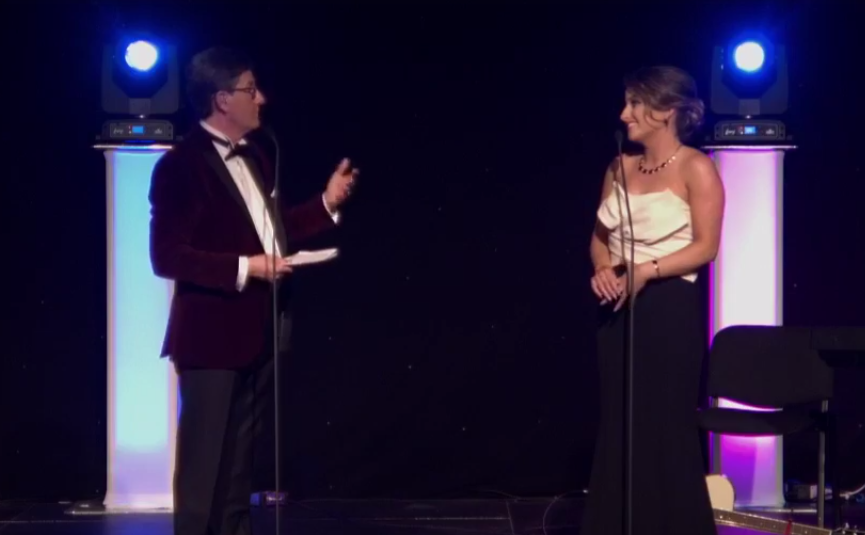 Dublin Mary Caroline McGrotty was a wonderful advocate for the Deaf Community when she spoke to Daniel through sign language.

She had a big effect on this year’s festival by having an interpreter signing side-stage for the whole show, which was greatly praised by the Deaf community. Caroline told Daniel about her work in organisations for equality for the Deaf and wider Disability Communities. Caroline also gave a unique performance of Adele’s ‘Set Fire to the Rain’ in Sign Language.

Alisha’s tales from the heart

The winning Mary, Alisha Medford from Glasgow, told Daniel about her volunteer work and life as a legal student. Being in Dungloe was an extra honour for her as her mother was a Glasgow Mary in 1984.

Alisha told Daniel how close Donegal is to her heart, and how she is part of a committee and charity group set up in honour of her father, who was from Tuberkeen and suddenly passed away last year.

Alisha read a poem that recalled wistful Medford memories of Dungloe and celebrated the golden year of the festival. She went on to take the crown for the 50th anniversary and it was an incredibly emotional night for her and her family.

When the Escort almost became a Mary

Letterkenny man and singer Callum Keaveny unwittingly became a star of the show when his Mary – Dungloe’s Rachel Doherty – went off stage for a costume change. Daniel took a chance to quiz Callum about life as an escort before asking him to perform a song too.

“God this is great altogether,” Daniel exclaimed when he got two interviews and party pieces for the price of one.

He assisted Callum by holding his mic to the guitar and said: “I’ll tell you – you’re some boy that has Daniel O’Donnell as your roadie.”

Callum snapped up the trophy for Escort of the Year – he surely earned it! 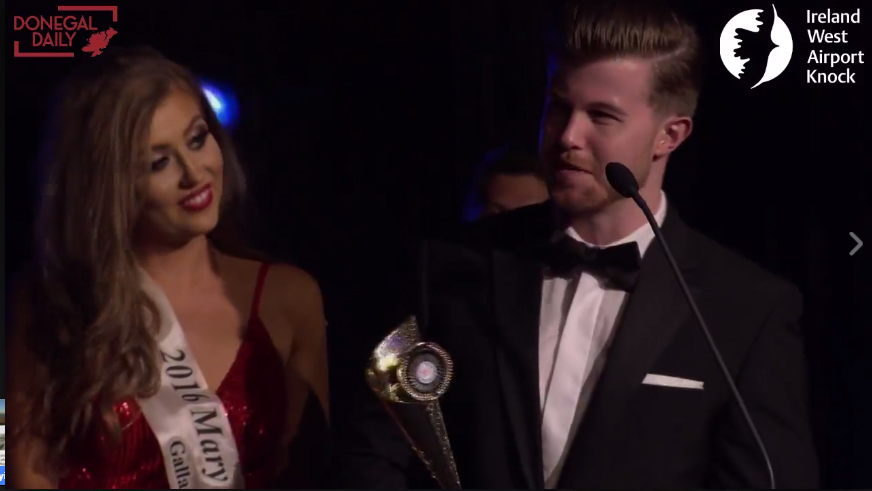 Mary from Dungloe Committee members Mary Ward and Martina Diver gave a special word of thanks to Ambassadors Daniel and Majella O’Donnell for their work in the festival.

They presented a poster and Gay O’Toole painting to the much-loved host, which prompted a sing-song of ‘Our House is a Home’.

Daniel returned the appreciation to the tireless work of the committee and expressed the hope of everyone that the festival will continue long beyond its 50 years. We’re sure many will agree after this incredible anniversary year. 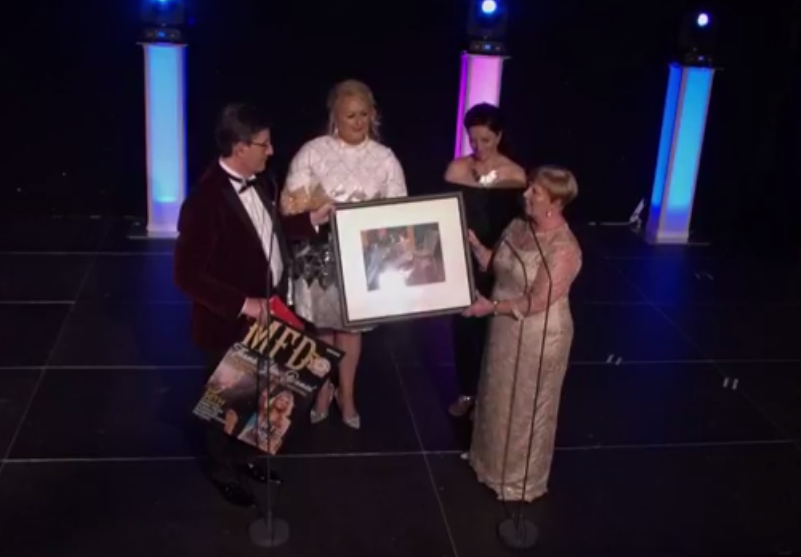 What was your favourite moment from the show? Tell us in the comments below!