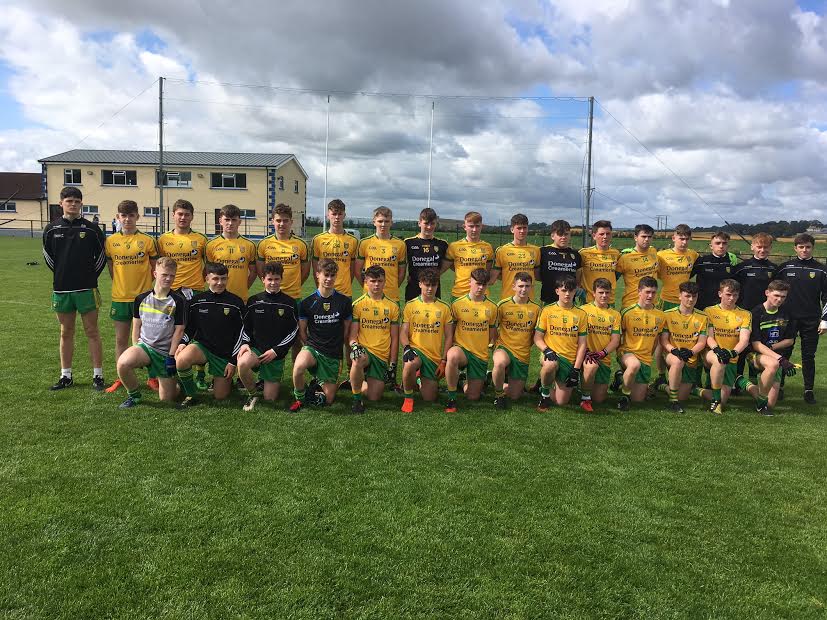 Tyrone won 1-9 to 1-6 in the final at The Scarvey, after Donegal had earlier beaten three-in-a-row champions Monaghan in the semi-final.

“We’re not far behind,” Duffy insisted.

“We’re about six or seven months behind Tyrone. We need to get our under-14 and 15 teams on programmes to have them ready. The next step for us is building the physicality to take Donegal to a new level.”

Padraig McGettigan’s early goal gave Donegal the perfect start in the final, but the sides were level 1-2 apiece at half-time and Tyrone had the better of the second half.

Duffy said: “Tyrone edged it there. We ran out of legs. We just didn’t have the legs to see it through. We have to build on that to go forward.

“We should have had more scores on the board in the first half.”

The semi, where goals by Jonathan Toye and Cathal Gillespie gave Donegal a 2-8 to 1-10 win, took a lot out of the Tir Chonaill men and Duffy added: “There were tired legs and they were drained from the semi-final.”