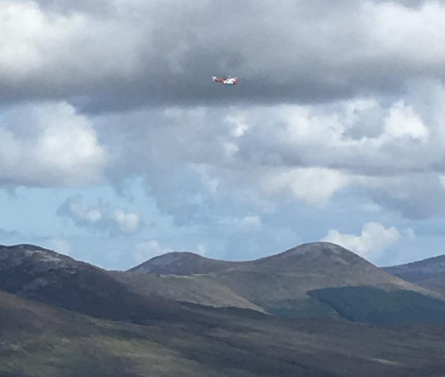 Walker understood to have died after suffering fall on mountain

A walker who perished on a Donegal mountain died after a suspected fall from a rock crag.

The man had been walking in the Derryveagh Mountains and had not been in communication since last Thursday when he set out hiking.

An alert was launched on Saturday evening after the man’s car was spotted unattended for two days at Loch Barra on the western outskirts of Glenveagh National Park.

The man, who is understood to have a holiday home in Donegal, had told friends that he had planned to trek through the Sliabh Sneachta area.

The body was located by the Coast Guard helicopter crew and the victim’s location was reported to gardaí.

PRO of the Donegal Mountain Rescue team, Sean Carney, confirmed the man died after a suspected fall from a rock crag.