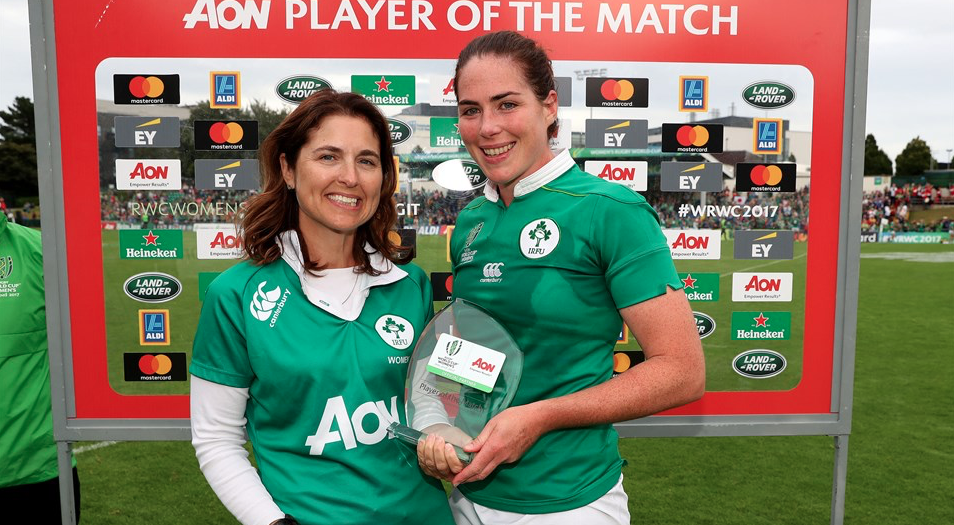 Nora Stapleton has retained her place in the Ireland XV for tomorrow’s Women’s Rugby World Cup clash with France at the UCD Bowl (7.45pm).

While experienced out-half Stapleton, who impressed in Sunday’s 24-14 win over Japan, has been kept in the team, Ballybofey woman Larissa Muldoon misses out on a berth.

Fahan’s Stapleton was Player of the Match on Sunday, scoring three conversions and a penalty.

After impressing on her debut on Sunday, Munster’s Nicole Cronin is preferred to Muldoon at scrum-half.

Earlier in the year, Ireland beat France 13-10 in the Six Nations.

“We’ve had lots of tough games against France over the years and we know tomorrow evening is going to be no different,” Ireland Head Coach Tom Tierney said.

“They have looked really good in their opening two games of the tournament and they’ll be coming into this game full of confidence.

“It’s a cup final tomorrow night, with a place in the semi-finals up for grabs, so we want the players to go out there and give it everything. It won’t be easy, but with the crowd behind them, they have the ability to claim a place in the final four.”

The eagerly-awaited Ireland v France match will be broadcast live on television in the Republic of Ireland by eir Sport 2 and RTE Two, and in the UK by ITV 4. RTE 2fm will have also live commentary on radio, while there will be live streaming available on www.rwcwomens.com in selected regions.