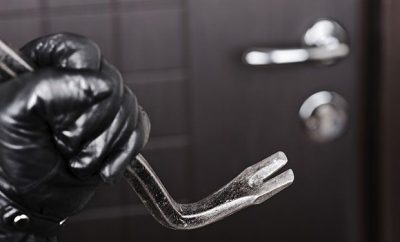 ‘Too cool’ Donegal burglar caught by cops in Derry

A man was arrested after a policeman spotted him acting a bit too cool on a Derry street which eventually led to the recovery of items stolen during a burglary in Donegal.

The officer posted details of the arrest on the PSNI’s Foyle Facebook page in Derry under the heading ‘Note To Criminals: You are not the Fonz.’

The hilarious posting gave full details of the arrest which also led to the recovery of the items in the Donegal burglary.

The cop even suggests that his Garda colleagues in Donegal owe them one for the arrest!

The post read “I say this because yesterday I was walking back from Court ⚖️ (after another adjournment 🙄) to the Ballyarnett Neighbourhood Team 👮🏻office when I spotted a fella who went OTT trying to ‘play it cool’.

“The Fonz he was not.

“His ‘playing it cool’ actually consisted of a total look of panic upon seeing me, a quick change in direction and multiple nervous glances over his shoulder.

“He might as well have been wearing a black and white outfit, a black eye mask and a bag saying ‘SWAG’ over his shoulder.

“I obviously followed ‘Fonzy’ and he immediately sprinted off

“Some Bin Men pointed to where he ran so I set off in hot pursuit and caught him at Police Court Street (cool name).

“He had tried to ditch his jacket and an actual bag of swag 😂 but a lovely lady showed me the car he threw the stuff under 👍🏼.

“The bag contained stuff stolen from a commercial burglary over the border last night.

“Needless to say he was #Arrested and taken to #HotelStrandRoad.

“Think the #Gardai definitely owe us one for this.”