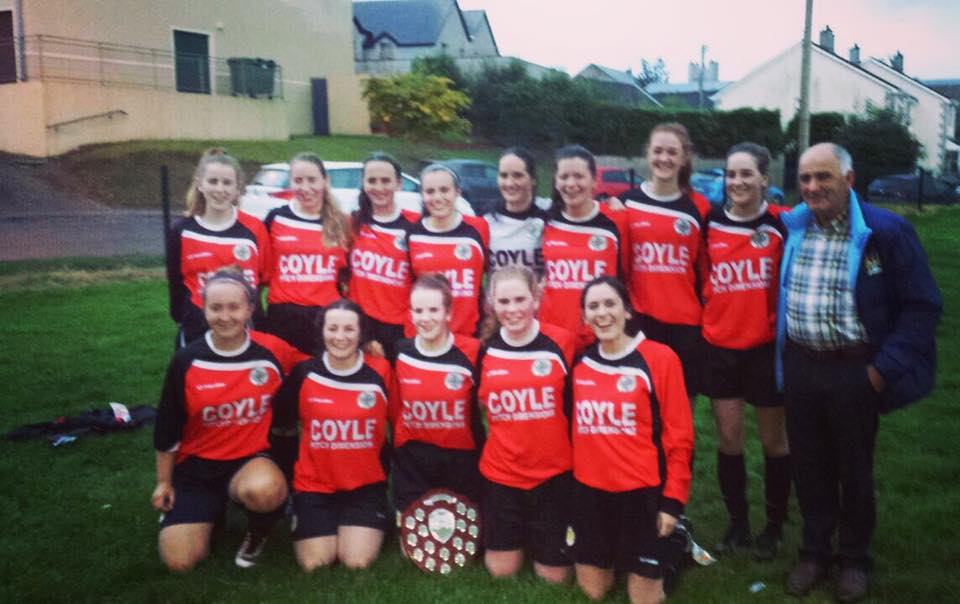 Illies Celtic completed their march to the inaugural North West Women’s Super League title last night when an emphatic win in Manor handed them the title.

John Doherty’s team have yet to concede a goal in the League and have really taken the season by storm. Last night, they left Manor having been crowned as the champions of this, the first Super League season.

A pair of Caroline Gallagher goals in the first half helped to spur the Inishowen side to glory.

Gallagher’s double gave Illies a 2-0 lead at the break and they never looked like relinquishing the advantage.

They were three to the good early in the second half when Deirdre Grant powered home.

Kirsty Grant and Alison McGonigle quickly added to the tally.

In-form Michelle McDaid bagged the sixth and the rout – and the title tilt – was completed when Chloe Gildea added the coup de grace to pop the champagne.