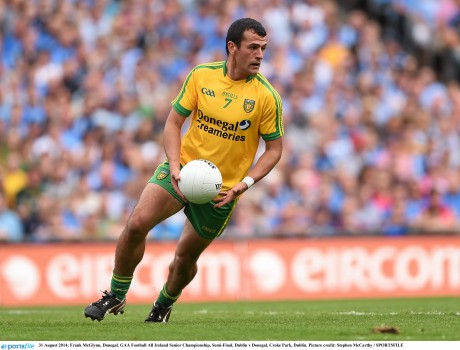 Glenfin on song in Downings to reach Intermediate quarter-final

Last year, Downings and Glenfin were playing at opposite ends of the Championship spectrum, but fate decreed they’ve collide.

Glenfin, who dropped down from the senior grade last year, sealed a spot in this year’s Intermediate quarter-finals with a win over last year’s junior winners, Downings.

Glenfin were full value for a comfortable win, raking up an eight-point lead before Downings got off the mark.

Downings did improve in the second half, but they couldn’t get close enough and Glenfin saw county star Frank McGlynn have a second-half penalty saved by Downings netminder Conor McBride.