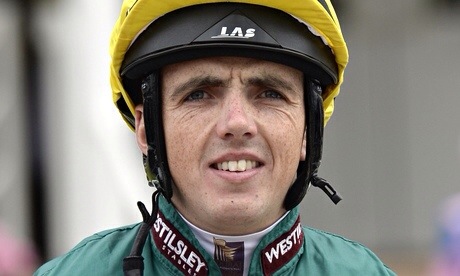 Martin Harley’s excellent week continued with two winners on Friday night and another on Saturday afternoon.

It’s six winners since Tuesday for the Trentagh jockey with his three recents all coming home priced at 100/30.

At Newbury on Saturday, Harley and James Tate’s Hey Gaman held on to win the Denford Stakes.

The previous evening at Wolverhampton, Harley won on Midnightly and on Magic Moments.

In the Qatar Airways Going Places Together Handicap, Harley steered the Rae Guest-trained Midnightly to a half-a-length win over Wild Approach.

And in The Birmingham To Doha And Beyond Handicap, Harley scored a comfortable win in the saddle of Alan King’s Magic Moments with almost three lengths to spare.