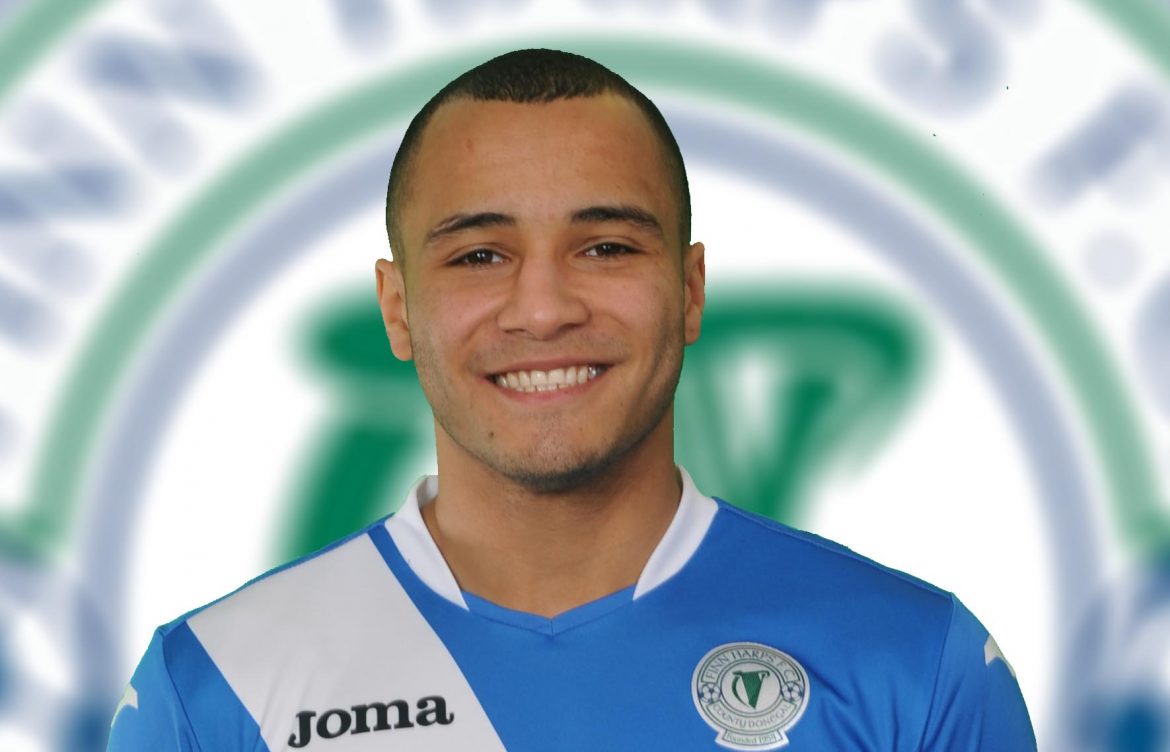 International exploits have given Ethan Boyle a taste of where he wants to go in his career.

The 20-year-old, who has made Donegal his home in his two seasons with Finn Harps, was drafted into the Republic of Ireland Under-21 panel this spring.

Boyle impressed in a home-based squad against the Irish Amateur team and was called back in by Noel King for a qualifier against Kosovo in Tallaght.

“It was good and I really enjoyed it, training and playing in the friendlies,” Boyle,

“All the lads coming from the likes of League One and the Championship are of such a high standard.

“It showed me where I have to get to in my own game. You take bits and pieces from the likes of that, from players who are at a good level, and see how they do things, how they approach games and what they do on the pitch.

“It was very interesting.”

Boyle actually became the first signed Harps player to be called into an Irish U21 panel.

Back in 2000, goalkeeper Derek O’Connor, who was the Irish U21 net-minder at the time, played in a  couple of friendlies, including one against Leicester City, for Charlie McGeever’s Harps.

“I didn’t realise that, but it’s a good achievement, I suppose, and I’m proud of it,” Boyle says.

“Any team that I’m at, I just want to keep playing well and try to keep improving.”

Boyle, from Wexford, lives in Letterkenny having moved to Donegal after signing for Ollie Horgan’s Harps at the start of the 2016 campaign.

“I’d love to be training full-time and be doing all the football properly,” he says as he assesses Harps’ week-to-week routines in comparison to their Premier Division peers.

“It’s always been my aim to be a full-time player. But we have a lot of lads up here working and it’s just not possible at the moment.

“It does make it harder for us and makes us up against it. It will be tough and it’s tight down at the bottom. No-one is safe and we have so much to fight for.”

Boyle was previously capped at Under-19 level by Paul Doolin and had a spell at Waterford United before being recruited by Horgan.

Interest was plentiful in the versatile Boyle last winter, but he opted to stay at Harps.

He says: “I am enjoying it here. I’m here to play football and that’s what I’m doing.

“I knew what I was getting myself in for, moving far away from home. But I’m playing week-in, week-out so I can’t complain.

“It’s not that I miss home. I was at home and couldn’t wait for the season to start to get back playing again. Sometimes, I’d just want to get home for my mam’s sake but I’m good in Donegal.

“Finn Harps was the best option for me, for playing time. I knew staying at Harps for another year was what I should do. I’d get more first team football here, I know the lads and I like it here.

“Ollie put a lot of faith in me and gave me a chance last year. He showed faith in me so I felt like I had to show him some loyalty in return.

“After last year, I wanted to give another year in the Premier Division a proper go.”

Boyle has played 55 games for Harps now and scored two goals, including one this season, in the 5-3 defeat to Bray Wanderers in March.

He says: “I’ve always got good positive vibes from the supporters at Harps. The supporters are really good up here. When we’re playing in away games it’s great to see big crowds, like there was in the games in Sligo and Bray, the fans lift us a lot.”

Since the start of 2017, pundits have tipped Harps to make the drop and few, if any national commentators backed Horgan’s men to stay above the Premier Division’s low water mark.

But, as the season heads around the bend into the home straight, Harps are firmly in the pack. With three teams going down, Harps are still well poised to survive.

Horgan has consistently predicted that the survival battle will ‘go to the wire’ – and Boyle agrees with the bossman’s verdict.

He says: “It was always going to be tough. It is still possible to go down, but we are going well so far.

“We’re happy with our season so far. People should be happy.

“It’s not easy, but the whole bottom half of the League, no-one is safe. We knew coming into the season that it would be hard, but we’re competitive.

“We’re not surprised that we’re competing. We have good players and everyone here is determined to stay in the League. We have a really good squad here.”

Boyle has played a number of positions at Harps, but admits that he prefers a role in midfield.

The addition of the likes of Caolan McAleer, Paddy McCourt, Eddie Dsane and Danny Morrissey have added a new-found attacking edge to the sword – and Boyle says the squad is seeping with quality.

He says: “The strength and quality of players we have here now is different. It’s not that we didn’t have good players last year, but we have a lot more this year.”