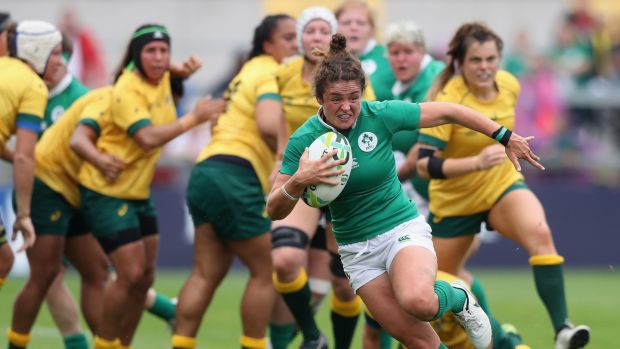 The Irish Women’s team went down to a 36-24 loss to Australia today at Kingspan Stadium meaning they have to play a seventh place play-off on Saturday.

Stapleton’s conversion gave Ireland a 7-5 lead, but Australia led 19-12 at the break.

Australia tacked on a succession of scores to lead 36-12 before Sophie Spence and Paula Fitzpatrick got over for late Ireland tries that put a gloss on the scoreline.

Stapleton was joined in the side in the second half by Ballybofey woman Larissa Muldoon, who gave Ireland a big lift and improved the attack.

The scrum-half gave the Irish real pace and purpose, but it wasn’t enough for the Girls in Green to mount a comeback.

They face Canada or Wales in the seventh place play-off on Saturday.