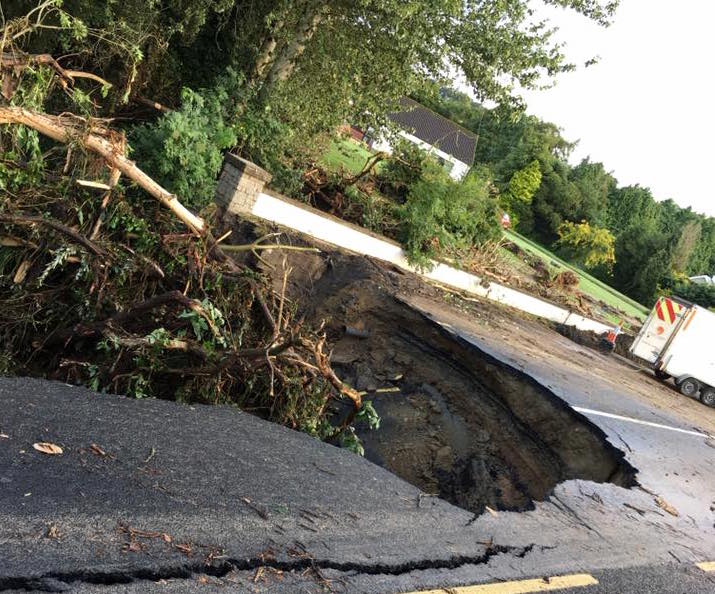 Donegal’s Government Minister Joe McHugh has urged the Office of Public Works to carry out an assessment of the damage caused overnight in the county by flooding.

The Minister spoke overnight to officials in Minister Kevin Boxer Moran’s office. Minister Moran is the minister responsible for the OPW.

“My first thoughts this morning are with the families affected by this severe weather event,” said Minister McHugh.

“I also want to thank the emergency services, Donegal County Council and the incredible volunteers who worked through the night to save property and to save lives.

“Inishowen has been badly affected with some roads and bridges washed away. Many roads across the east of the county are also affected.

“It is important now that an initial assessment of the damage caused is carried out and I’ve been in contact overnight with a number of officials including the Office of Public Works and I am due to hold talks later with Minister Moran.

“I have also been getting updates from councillors John Ryan and Bernard McGuinness and I am meeting them in Inishowen later today.”

Cllr Bernard McGuinness said: “I have never seen anything like it in all my life. The rain was relentless and torrential.

“Roads which never flood did this time. It was a weather event not seen here in living memory with 70mm of rain in just a few hours.

“Damage in many areas is severe. I want to pay tribute to local people, emergency services and council staff who worked through the night.”

Updated: The Minister responsible for Office of Public Works is to travel to Donegal later today to see for himself the damage caused overnight in the county by flooding.

The Minister spoke overnight to officials in Minister Kevin Boxer Moran’s office and spoke to Minister Moran a short time ago who confirmed he will visit Inishowen later today.