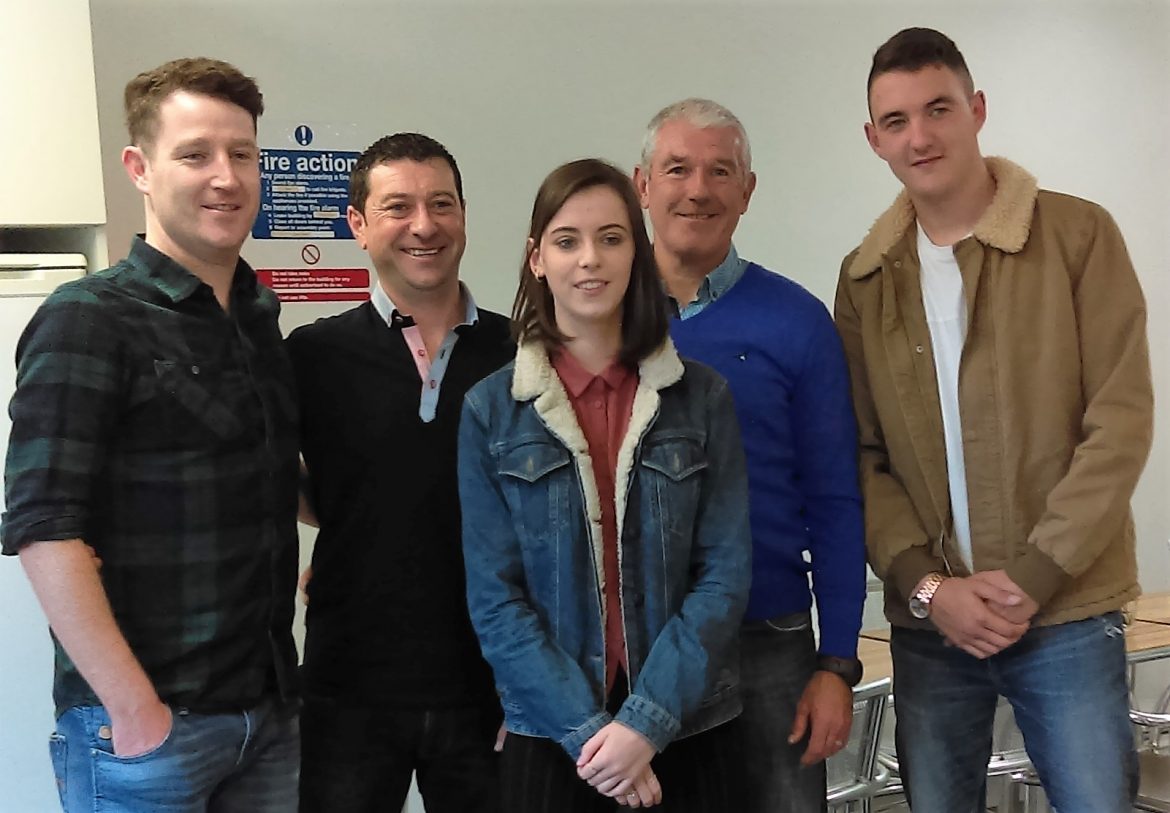 Donegal ETB are now recruiting for a range of courses, including Leaving Certificate for Adults, starting in September 2017.

Donegal Daily talked to Churchill native James McLaughlin, who is a Paramedic with the Irish Defence Forces who passed his exams with flying colours.

James set himself two major life goals for 2017 and has achieved both physical and educational goals just halfway through this year.

In March he completed the 250km endurance race ‘The Race’ and in June he tackled a different kind of endurance test – the Leaving Certificate.

James and his wife Eileen, who cycled from Mizen Head to Malin Head in 2015 to raise money for the Good and New Cancer Bus. In 2013 they did a tandem cycle from Churchill to Spain for the same cause.

James left school at the age of 16 and did a training course before working at the former Courtaulds factory in Letterkenny. He joined the army on December 1st 1981.

The Leaving Cert that he never had was something that was always at the back of his mind, James said. After 36 years of service in the army he decided to seize an opportunity to build on his skills and began a VTOS programme with the Donegal ETB.

On Wednesday last, James was delighted to get his high results in all subjects. He studied at ordinary level and, converting the new marking scheme, he gained the equivalent of four As and two Bs.

“You have to set yourself a focus and know you are going to get there in the end. The classes are designed to get you across the line,” he said.

James was one of 13 students to get their results at the ETB learning centre last week.

“There was an immense range of diversity in the whole course, from my classmate Emma Dunnion who was 19 to myself at 54,” he said.

A rapport was built up between students and the three teachers who covered the six subjects. James felt it was an excellent learning environment and enjoyed the two-way dynamic of lessons in an adult environment.

“The only thing the teachers ask of you is you turn up every day, and if you do that you will pass,” James said.

Help was always there when the students needed it, James said. Extra study sessions were provided and there was a class group Facebook page where everyone worked together to solve questions.

James found Maths to be a particularly tough challenge. “Maths has changed so much to the new Project Maths. It is one thing that will suck you in and take over your time. You have to be disciplined about how you deal with it.”

“A lot of subjects are common sense from what I’ve learned over the years. I loved learning about our history,” he said.

“When we got to the exams and we opened the paper it’s a great feeling because you know your stuff. That goes back to the way the ETB rolls out the content of the course. Everything they give you is relevant,” James said.

James was one of three army men to study on the course. He and his brother Liam and their colleague seemed to bring a hard-work ethic to the group, he realised.

“We seemed to bring a military authority to the class. There were things we were used to doing from a military background like being always on time, do your best and present yourself well. That would have spread through the class and it was something the teachers remarked as well.”

James is currently a Corporal ranked Paramedic and has just completed interviews for the next phase of promotion to Sergeant. The course was a learning curve for James as a man who has long been part of the military institution.

“It was great to mix with civilians of different background and different outlooks on life. The ETB opened my mind up to the opportunities that are available out there.”

With two years to go before reaching retirement age, James enjoyed mixing with people and having some freedom from the 24/7 responsibilities of the army.

Through studying the Leaving Cert James gained an understanding of the pressures his three children were under when they took the exams. He has one daughter about to begin Leaving Cert this year, and he will have plenty of advice to share with her.

“My wife Eileen supported me every step of the way, both in the training and the studying. Once you have the home support it’s very easy to achieve your goals.”

James places great value on his Leaving Cert. “At my age, it was a great opportunity to go back and do it.

“In interviews, no matter what qualification you have the first question people ask you is how did you do in the Leaving Cert, and I’m an experienced Paramedic. It’s a starting block we need as Irish people,” he said.

For further information about Leaving Certification for Adults, call or text Sabrina on 087 414 8355 / 0749161581, email aetcletterkenny@donegaletb.ie or use the Contact Us button on the centre’s Facebook page (AETC Letterkenny). For further details on the Leaving Cert course, see our website:www.donegaletb.ie/further-education-training…