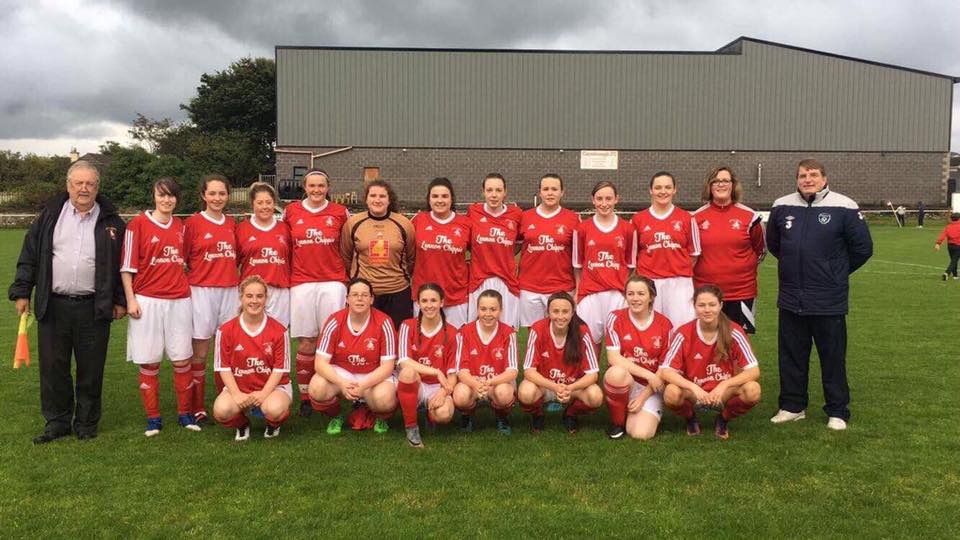 Just one game went ahead in the North West Women’s Super League this week as Swilly Rovers sealed a play-off for the Glencar Inn Shield following a superb away win.

The Ramelton women will take on Clonmany in the play-off next Thursday with time and venue to be confirmed.

Swilly Rovers secured a play-off for the Glencar Inn Shield after a handsome win away to Carndonagh.

Swilly are in their first year back at senior level in this, the first year of the North West Women’s Super League, and the Ramelton side are in a good run of form.

In Carn, they took the lead in the opening ten minutes.

Catherine Grier passed the ball to Heather Dougherty who shot home from outside the box.

Swilly’s second came shortly after when Orla Boyle cleared the ball from the Swilly box, Kerrieanne Coyle gathered a loose ball in the midfield and took on two players before taking a shot from outside the 18, which glided over the Carndonagh goalkeeper.

Carndonagh battled well for the remainder of the first half leaving the score line 2-0 at half time.

The second half started well for both sides. Ten minutes into the second half, Heather Dougherty and Danielle Hynd combined well to move the ball into the Carndonagh half.

Hynd’s cross was saved but spilled by the Carn keeper, and Dougherty banged the ball into the net.

Swilly were well on top at this stage. Carndonagh then began threatening the Swilly defence with Alannah McFadden making a fine save and Amy Thompson clearing the ball off the line from a corner.

The Lennonsiders made it 4-0 on 55 minutes when a long ball from Swilly’s defence looked like it was heading for the side line but Danielle Hynd got there just on time and passed the ball swiftly between the ‘keeper and the goalpost.

Swilly’s final goal came five minutes from the end when Catherine Grier laid off a superb ball to Gemma Boyle who slotted home.