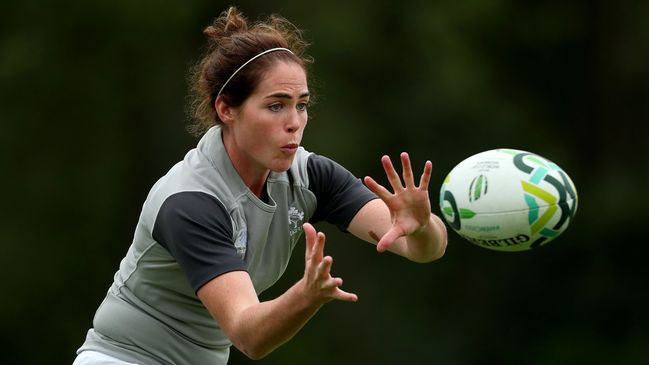 The experienced out-half, who made her Irish debut in the 2010 Six Nations in a game against Italy, has scored at this, her third World Cup.

Stapleton will again be partnered in the half-back line by Nicole Cronin, who is preferred to Ballybofey woman Larissa Muldoon at scrum-half.

Railway Union player Muldoon is selected among the replacements.

Ireland Head Coach Tom Tierney said: “It’s no secret that we didn’t want to be in this position, but it is where we have found ourselves on the final weekend, and while we’re disappointed that we’re not competing for higher honours, we want to sign off the competition with a win.

“It really is a cup final tomorrow, with the winners gaining automatic qualification for the 2021 Women’s Rugby World Cup. Wales have shown they have a strong set piece, and we’ve had challenging games with them over the last few seasons in the Six Nations.

“It’s been a tough few weeks, but I know that the players really want to put in a performance tomorrow and as they have said – leave the green jersey in a better place.”