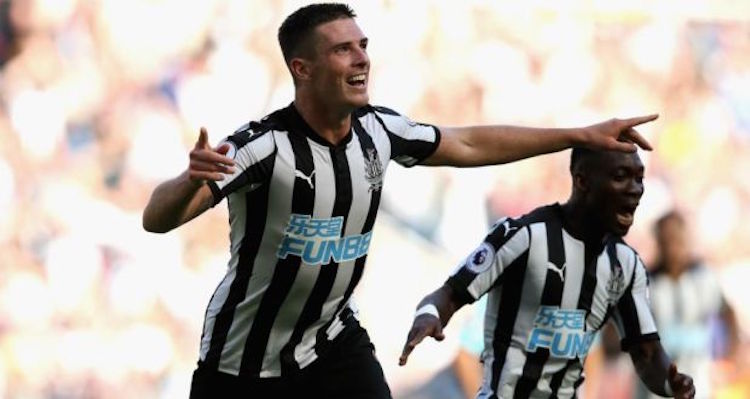 Ciaran Clark on target as Newcastle United coast to victory

Ciaran Clark was on target and hooked an opposition chance off the goal-line as Newcastle United defeated West Ham United in the Premier League this afternoon.

Clark netted the Magpies’ second goal in the 3-0 win at St James’ Park.

The 27-year-old, now in his second season at Newcastle, has won 24 caps for the Republic of Ireland.

After Joselu gave Newcastle the lead, Clarke – who earlier took a West Ham effort off the line – doubled the advantage when Clarke powered home a header past Joe Hart after connecting with Matt Ritchie’s cross in the 72nd minute.

Aleksander Mitrovic completed the scoring when he strolled past Hart to score.

Clark, whose late grandmother Vera was from Manorcunningham and whose father Mick was brought up in Milford, retains strong links to Donegal through the McGinley’s Lynaghs, McMonagles, Sweeneys and McCuskers.

Meanwhile, Shane Duffy – whose father Brian is from Letterkenny and whose mother Siobhan is a native of Raphoe – helped Brighton & Hove Albion to a 0-0 draw away to Watford at Vicarage Road today.