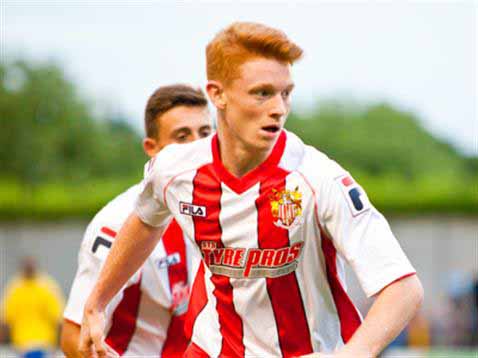 Cross-channel round-up: Gorman sent off as Stevenage pick up away win at Barnet

Dale Gorman was sent off this afternoon, but Stevenage managed to win 1-0 away to Barnet in Sky Bet League Two.

The Letterkenny man was given his marching orders for a bad tackle just before half-time.

Gorman, now in his third season at Broadhall Way, had to watch from the stands at The Hive as ‘Boro claimed a huge away win.

Tom Pett gave Darren Sarll’s side the lead and the held on despite being reduced to ten men.

Conrad Logan and Mansfield Town looked set for a win against Luton Town in League Two as Rhys Bennett and Lee Angol put them 2-0 ahead.

Stephen McLaughlin was an unused sub for Southend United, who drew 3-3 away to Gillingham.

Carl McHugh played the 90 minutes for Motherwell as they moved into sixth in the Scottish Premier League with a 2-1 win over Hearts at Fir Park.