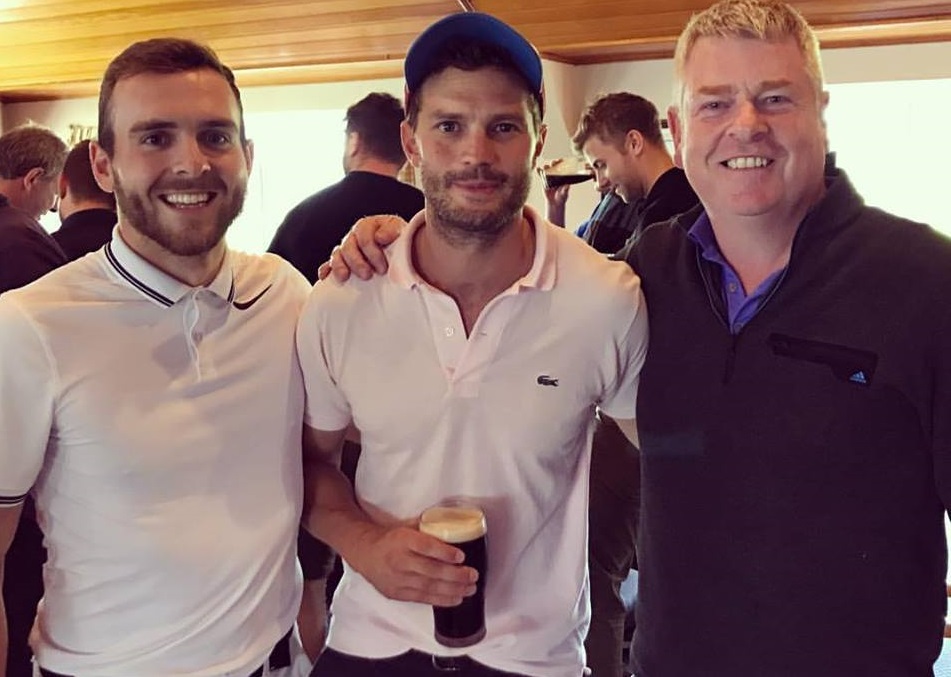 The World’s Hottest Man has been spotted in the World’s Coolest Place today, as actor Jamie Dornan visited Donegal for a few rounds of golf.

The Hollywood heartthrob is enjoying a golfing holiday in the county this weekend and has been ‘putting’ a smile on many faces as he meets with locals. 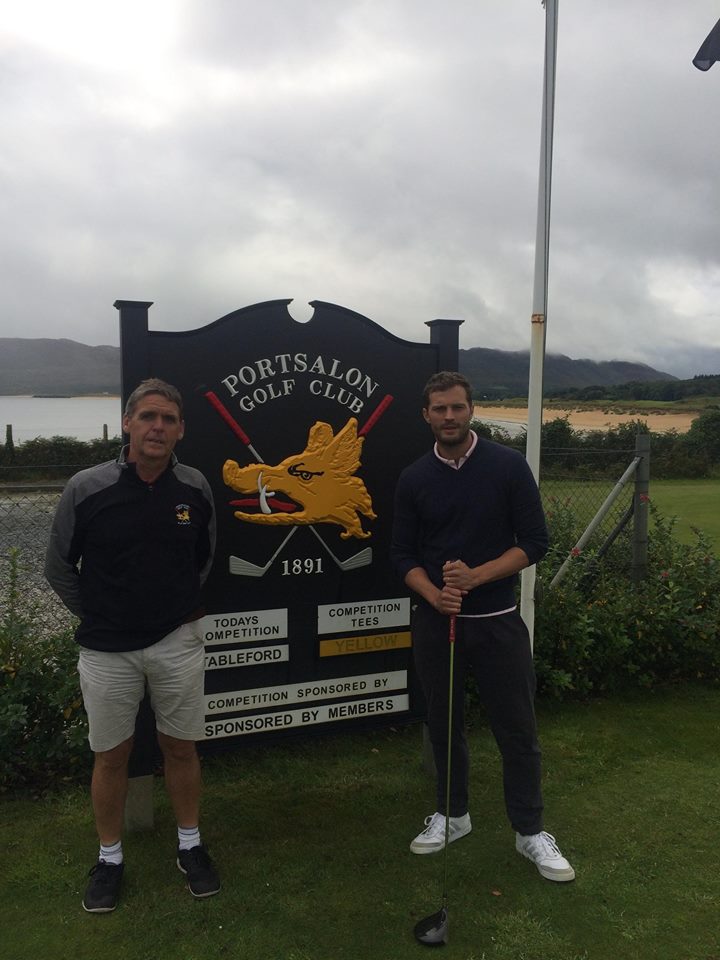 The Northern Irish actor made an appearance at Portsalon Golf Club with his golfing buddies and added a touch of star quality to the beachside course. He was joined by Ryder Cup winning Captain Paul McGinley at Portsalon’s Mini Open Weekend. 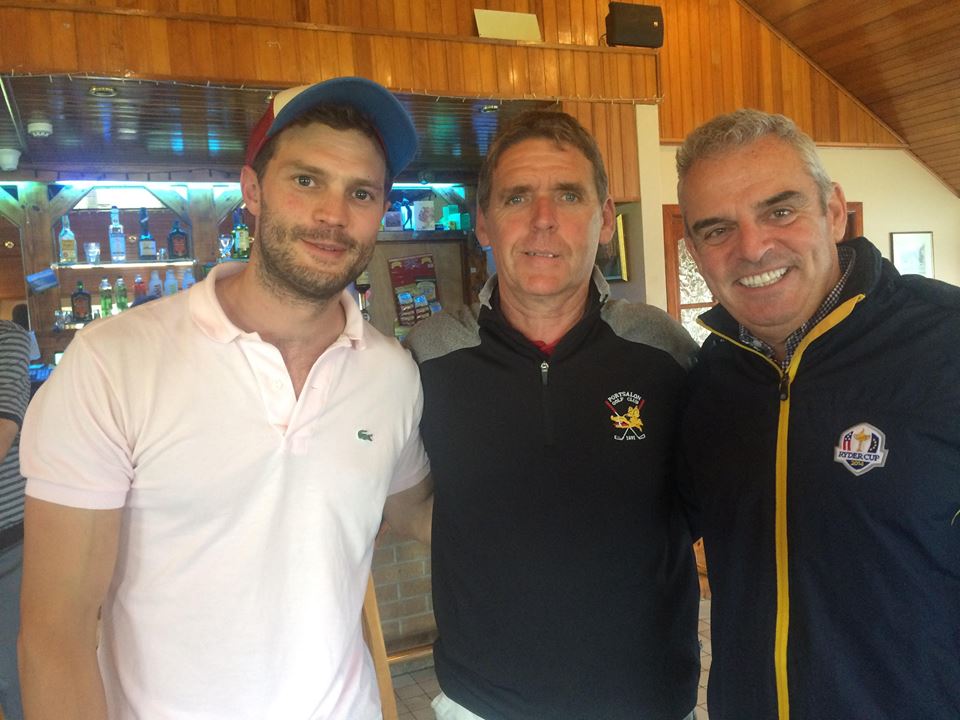 The Fifty Shades star is no stranger to Donegal. He is a talented golfer and is known to enjoy the best of our golf courses and bars. He often talks of his love of one particular place – The Olde Glen Bar and Restaurant in the village of Glen.

As expected, the star visited his favourite haunt this evening again for dinner after the golf, much to the staff and locals’ excitement. 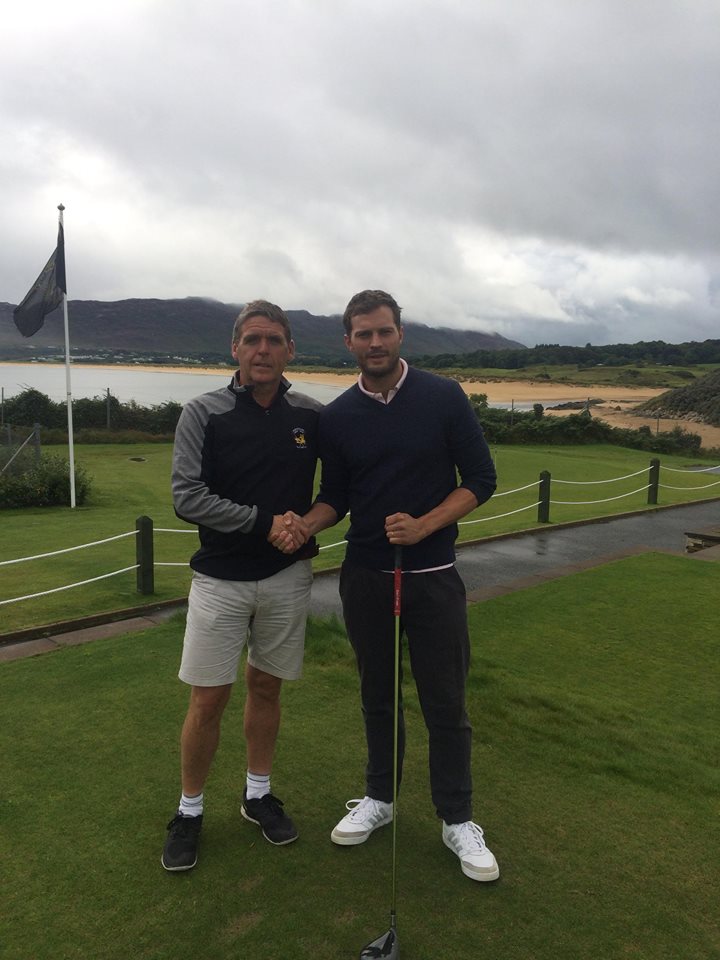 Dornan has said before that the Glen Bar is ‘maybe the best bar in the world’, so it’s no surprise he’d revisit it on this Bank Holiday weekend in Northern Ireland.

The 35-year-old, who has been named World’s Sexiest Man, set hearts aflutter today again in Donegal, and is said to be sticking around for more golfing for a few more days. 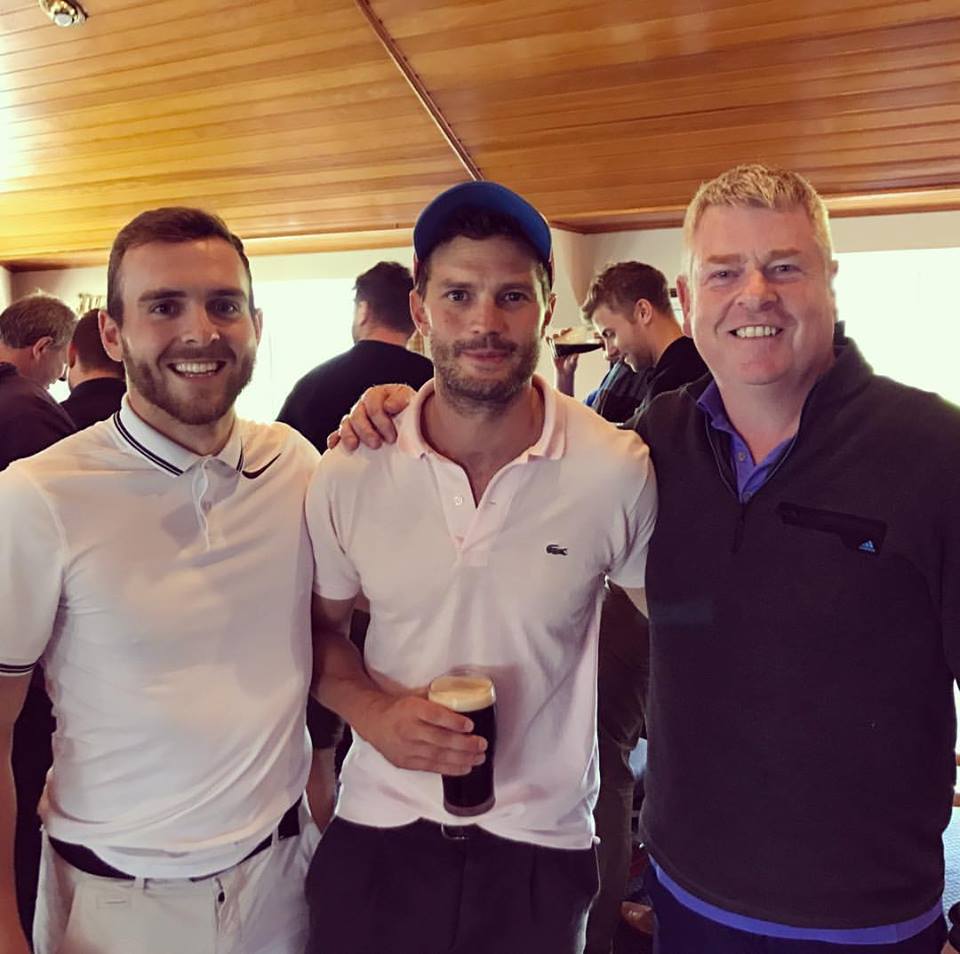 Local golfers Ronan Curran and Joe Coyle met Jamie at Portsalon today and took the opportunity to have a photo with the celebrity as he enjoyed a pint.

Ronan tells Donegal Woman that Jamie chatted about all things golf and heaped praise on Donegal, saying how much he loves to come to the county for the sport.

Jamie also had photos taken with staff at the golf club, who were more than happy to meet the world-famous screen star.

No doubt fans will be keeping a close eye out for Dornan across the county over the next few days.

Jamie was last spotted in Portstewart, Northern Ireland in July at the Golf Pro-Am at the Irish Open. Donegal will be hosting the next Irish Open at Ballyliffin in 2018, so perhaps he’s practicing on local ground for the next big competition.