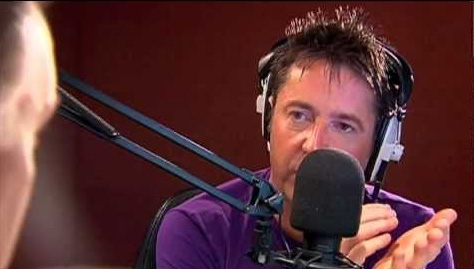 A familiar voice was broadcast across the country this morning as former Highland Radio presenter Shaun Doherty appeared on Marian Finucane’s show on RTÉ Radio One.

Shaun Doherty is very missed by listeners in the North West, having left the station last month after 27 years of presenting the Shaun Doherty Show.

Topics explored in the broadcast included an analysis of the top headlines (including the Inishowen floods), Mayweather vs McGregor, and the Great British Bake Off.

Speaking about the flood, Shaun said that it’s important that news of the floods which devastated Donegal continues to have a spotlight and remains within the public eye.

“It’s so important that this story is not chip paper next week for Donegal because there’s damages there, other stories will be in the focus next week but it’s a lot of damage.

“These people they don’t want to be blacklisted now because they’ve had this flood, what happens when they go looking for insurance again?

“I know the government has got the Red Cross to administer this fund but it’s in three stages and it takes time.

“People need help and they need help now,” he said.

Later in the programme, on a more light-hearted note, Shaun revealed that he’s not much of a chef!

Speaking about the Great British Bakeoff he said; “My mum was a Mary Berry! But that’s where the similarities ended when it came to cooking but my twin sister she would be a big fan.

“I’d be afraid to watch it in case I eat more!”

To hear the full broadcast you can listen back by clicking here.