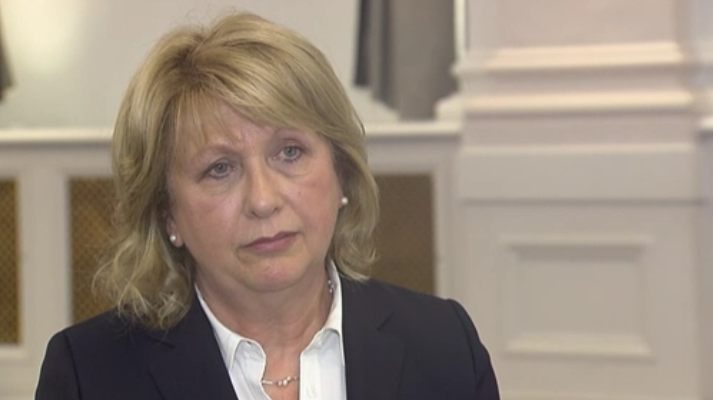 Brexit: Varadkar “confident” of no passport control at border in response to McAleese’s fears

Former President Mary McAleese has expressed her concerns over the inevitability of a hard border given the differences between Ireland and Britain’s migrant laws, and says that the establishment of ID cards or passport control would be “heartbreaking.”

Taoiseach Leo Varadkar has responded to McAleese’s worries by saying he is “very confident” that there will be no hard border, reports the Irish Independent.

“I understand former President McAleese’s concerns but it is one area that I am very sure about and that’s that there won’t be a requirement to produce a passport to travel to Northern Ireland.

“The reason why I can be confident that there won’t be passport controls between Northern Ireland and Ireland is the fact that nobody is looking for them.”

The Belfast native explained to RTÉ that she regularly travels across the border to visit her family in Ardoyne, and says it is “a gift after all these years” to have 500 kilometres of open border, where she isn’t aware she’s crossed into the Republic until “Vodafone pings”.

Although she has heard reassuring things from British politicians, she says she cannot see anything tangible underpinning their assurances.

As restricted laws on immigration were one of the major arguments of the Leave campaigners, she worries that soon an ID card will need to be issued to people entitled to use the Common Travel Area.

“How are they going to differentiate between me, the person who is entitled to plead the Common Travel Area, and the person say from France or Germany or Poland who’s going across the road at Newry, or Derry? My view is that sooner or later pressure will come on to make it ID card phenomenon.

She also fears that the border may become a point of friction between those who still view violence as a “useful phenomenon.”

“With the return of immigration controls, with the return of customs, with the return of economic controls, my big worry is that the border will become once again a flash point who may regard violence as still, in their view, a useful phenomenon. Most of us abhor that, but we’ve seen in recent times how people don’t need bullets or bombs, they use very very domestic items like lorries and cars to create mischief and mayhem and death and hurt.”

She says that the issuing of ID cards would make her “deeply unhappy” as she frequently travels across the border to visit her family.

“I would be heartbroken if that’s where we ended up… I’d feel deeply unhappy about it and what it might attract by way of people who would not be willing to accept that law.”

“Brexit is like pulling a tooth with 10,000 roots… there will be pain, and part of the pain will be possibly, the imposition of controls in a place where we have become so delighted no longer to have such controls.”

“We’ve managed to heal a lot of the hurts of the past, but regrettably, once Britain leaves the European Union, the opportunity for maintaining those relationships that are built up around the European Union table on a daily basis, that’s going to fall away.”