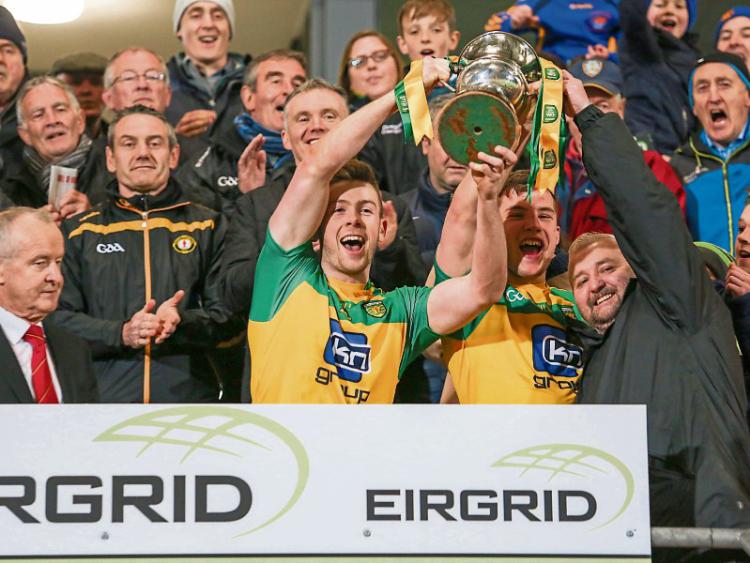 Aussie Rules trial has given Eoghan Ban a professional taste

Eoghan Ban Gallagher got a taste of the professional lifestyle at a recent Australian Rules trial and the Killybegs admits that he could be tempted Down Under.

Gallagher, along with Cloughaneely’s Jason McGee, were invited for a trial to Brisbane Lions earlier this month and the pair spent almost three weeks at the club.

Gallagher lined out for Killybegs in their Donegal SFC win over Naomh Muire in Fintra yesterday having returned home on Wednesday night.

“It was incredible, to see the professional lifestyle, how they live and how it compares to Donegal,” Gallagher said.

“It was brilliant to get to witness that.

It was a point touched on by Michael Murphy at the beginning of the year when he spent a week at Clermont Auvergne as part of RTÉ’s Toughest Trade programme.

Gallagher, who broke into the Donegal senior team in 2016, is waiting on word back but would have to seriously weigh up his options if an offer was forthcoming.

He said: “They said that they’d be in contact in the next week or two. If something was there I’d have to seriously consider it, but there’s a lot to be thought about.”

Killybegs defeated Naomh Muire 0-12 to 0-9 to go into the quarter-finals as the group winners.

Gallagher said: “We’re very happy to top the group. It’s a great position to be in.

“A lot of our young boys haven’t been to the quarter-finals yet, but thankfully we got over the line and into it now.”