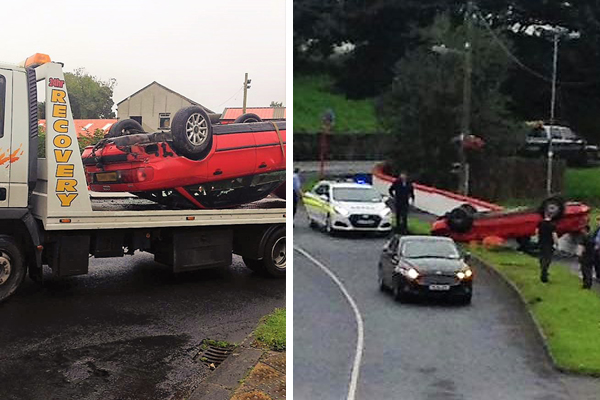 A young girl was forced to run out of the way of an oncoming car in a near-fatal crash yesterday in Carrigans.

The teenager was walking on a main footpath to her grandmother’s house in the village centre when a car mounted the path, struck the wall and overturned. The young male driver was miraculously not seriously injured in the crash.

The incident has caused fear and outrage among locals once more. Villagers are concerned about lack of traffic speed controls in the town and fear that a fatality is imminent. 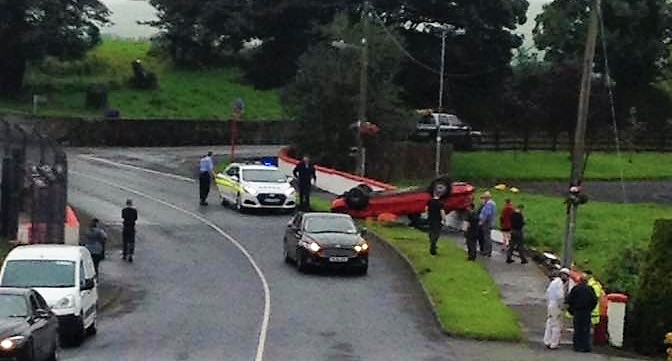 Local woman Bena Hogan came upon yesterday’s accident and has echoed calls from villagers to have something done urgently.

Bena told Donegal Daily: “The young girl was just walking along the main pathway to her grandmother’s house. She could see the car coming towards her and she just ran. She headed down a lane to escape the car,” Bena said. 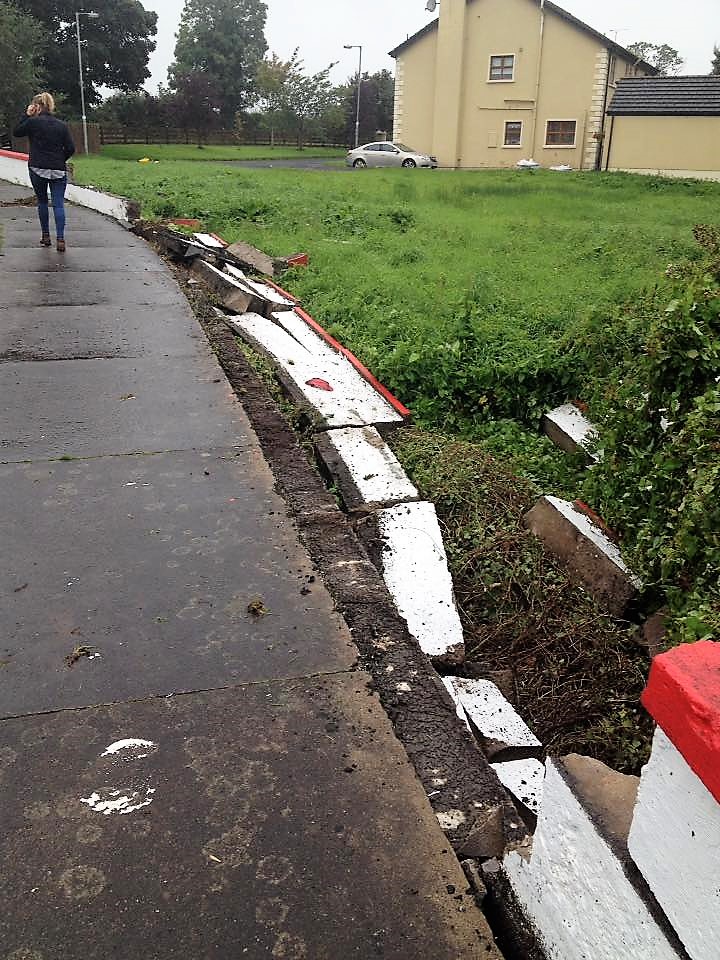 Bena said there are several blackspots in Carrigans where reckless drivers speed through and crash.

“We need something badly done, it is weekly that this is happening. There are accidents constantly at the top of the village. There are holes in every wall that cars have hit,” she said.

Bena said locals have persistently asked Donegal County Council for traffic control measures to get motorists to slow down.

“Do we need a death for something to be done on this road?” Bena asks. 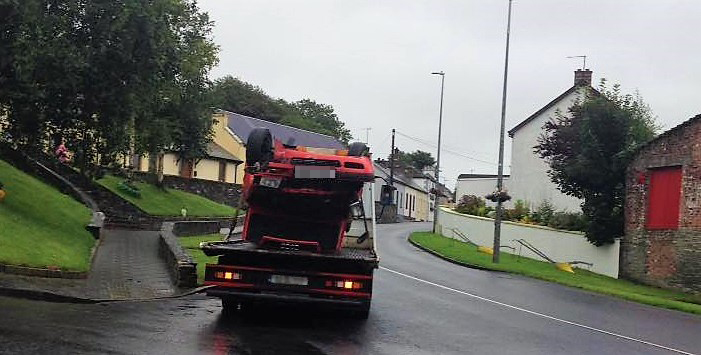 Bena said pedestrians are constantly on alert for oncoming traffic at high speeds.

“Where yesterday’s accident happened is the route I would take to walk the dog. You are always listening to think how fast is this car going, do I need to stop. You know the speed they are coming in and it is too difficult for them to get round the bend.

“It’s like the Donegal Rally here at 8am. There’s no courtesy here, it is just clear reckless driving,” she said. 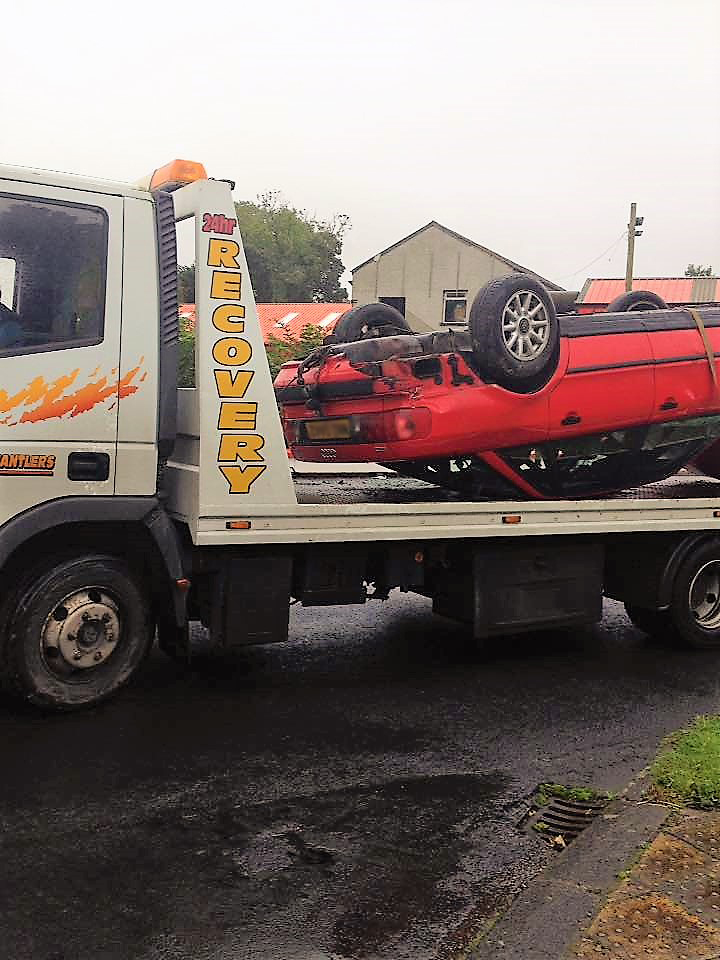 “People with families going to school walk this way. Now people are cut off from the village. Elderly folk are not going to walk that road for fear of being hit. It’s the local road towards the school, the post office and the shop. It has cut off half the community.

“There is no wall there no after the accident. The next car to come will be straight into the burren” she said.
Bena said calls for the authorities to take action have gotten nowhere.

“The council are under pressure. We understand that, we know flooding is a top priority. To us this is a priority, it’s certainly a big concern.

“A young man could have lost his life. I had to share the photos of the extremes we are living under because it is ridiculous that you can’t walk in this quiet wee village anymore,” she said.