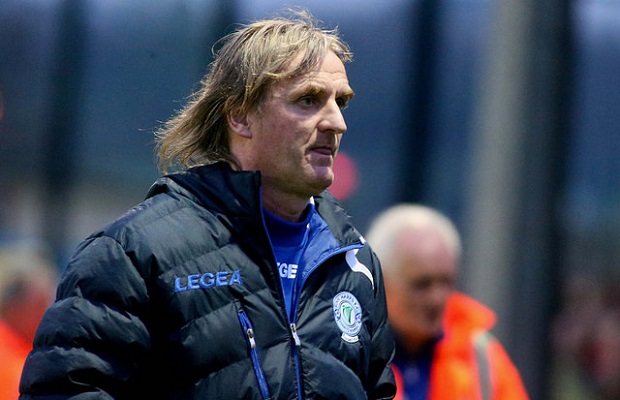 Ten-man Finn Harps climbed out of the relegation zone thanks to a brilliant win over Limerick FC at the Markets Field tonight.

Tommy McBride and Danny Morrissey netted for Ollie Horgan’s men, who played the whole second half with just ten men after Kilian Cantwell’s sending off.

Cantwell was sent off for taking down Peter Berki in the penalty area, but Harps were spared when Rodrigo Tosi fired the penalty off the post.

Horgan himself was banished to the stands at half-time, but the Harps boss saw his men earn a precious win.

Berki had an early attempt cleared from the goal-line before Harps took the lead.

The returned Eddie Dsane was denied by Brendan Clarke, but McBride hammered the rebound to the roof of the net.

They gifted Limerick a chance to level, but Tosi struck the post from the spot.

Harps wrapped up the win when Morrissey, on as a sub for Ibrahim Keita, tucked home.

Harps gave a first League appearance to Letterkenny teenager Shane Blaney in the closing moments as they moved above Sligo and out of the drop zone.