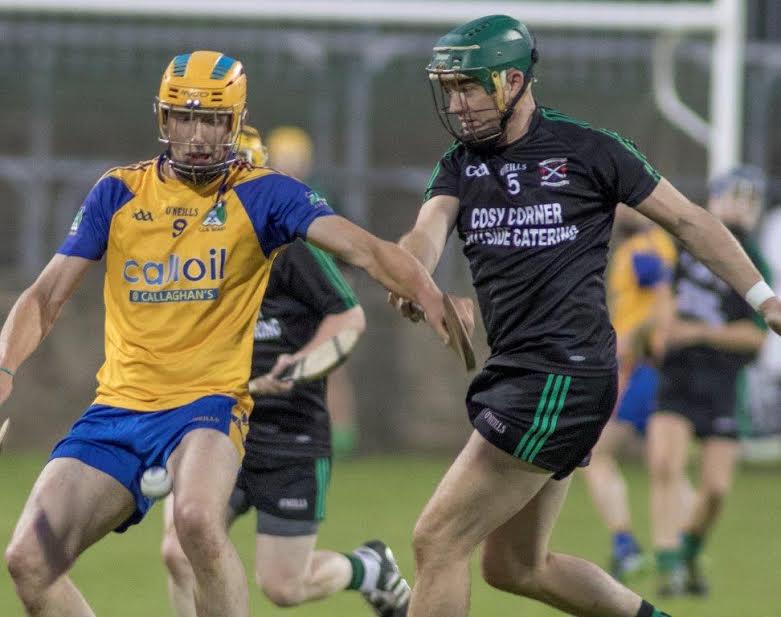 Setanta see off Burt to return to Donegal hurling final

For only the third time since 1985, Burt won’t be contesting the Donegal SHC final as Setanta reached their first decider in four years.

Burt have been in the last six finals, but Setanta’s heart and hunger shone through here as Paul Campbell’s men won with five points to spare.

When Mickey McCann soared in for a Burt goal in the 49th minute, there was a feeling that the Hibernian Park men might turn the tables, but Setanta had the finish post in sight and weren’t going to relinquish the lead.

It took Burt ten minutes before Niall Campbell opened their account from a free. By then, Setanta were two to the good as Kevin Campbell’s brace of frees had them ahead, but Ciaran Bellew, the Setanta netminder, denied Enda McDermott with a fine save.

Setanta were given a golden chance when referee Aidan McAleer spotted an infringement and awarded the Crossroads men a penalty. From the penalty, however, Kevin Campbell’s effort flew off the crossbar and over for a point.

Barely a minute later, Ronan McDermott netted at the other end. McDermott shot home first time on the ground, but it wasn’t a score that ignited the Burt charge and they were ahead for only a minute in the entire game.

From there to half-time, Burt would add just one more point, the ever-green 40-year-old Ciaran Dowds stroking over.

However, Setanta had raised a green flag at the other end in the 17th minute as Bernard Lafferty took receipt of a Declan Coulter pass to hammer past Paul Burns.

Dowds’ point made it a three-point game, but Coulter drilled over two excellent points from the stand side.

Armagh native Coulter showed up well with Donegal this year and his fine brace put Setanta five in front at the interval.

Setanta looked home and hosed as they led by seven points half-way through the second half with Bernard Lafferty’s point in the 37th minute the highlight as he collected a Coulter pass to arch over a beauty, while Kevin Campbell hit a majestic point from play in those moments too when Setanta made their dominance count.

Coulter, whose influence on proceedings was ever growing, was the man to put the margin to seven, before Burt made them think as McCann sped in before slotting past ‘keeper Bellew.

Kevin Campbell’s ninth point of the evening sealed a deserved win to book a place in the final against St Eunan’s.

Cloughaneely have too much for Glenswilly to...