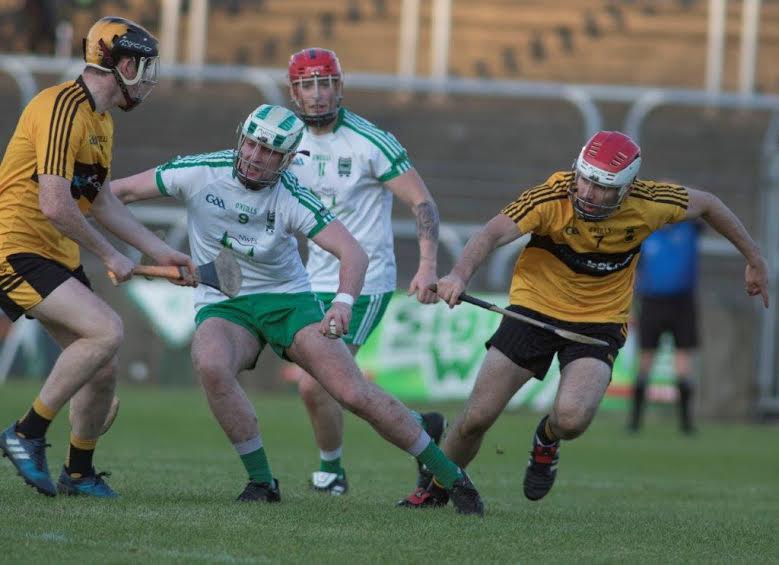 Paddy Flood’s energetic and efficient charges dispatched MacCumhaills to earn a place in next weekend’s final – their first since the 2002 defeat to Burt.

Eunan’s have been knocking on the door for some time now and the stars aligned for the Cathedral town men for a famous win.

It was no less than they deserved as second-half goals by Eugene Organ, Colm Flood and Cian Durack steered them home.

The goose looked to be cooked for MacCumhaills when veteran forward Organ flicked to the net from a long-range Kevin Meehan free in the 37th minute, but within 60 seconds MacCumhaills were within two points as a Ciaran Matthewson shot somehow managed to trickle its way to the net.

It proved a false dawn for Eamon McAuley’s men as Eunan’s prised their fingers from the silverware.

Eunan’s stayed strapped into the driving seat, though, and when Flood’s punt from the middle of the park slipped through the grasp of Dylan Laverty, the MacCumhaills ‘keeper, the black and amber were on their way.

At one stage in the opening half, Eunan’s led by five points and they were never behind in the entire game.

The rhythm of Niall O’Donnell, the accuracy of Meehan from the placed ball and the class of Sean McVeigh was keeping Eunan’s on the charge.

Meehan, from a ’65-metre free, McVeigh and a sublime Kevin Kealy point from the left flank kept it ticking and with McVeigh again on the mark it was 0-8 to 0-3 just after the mid-way point.

The champions were rocked. 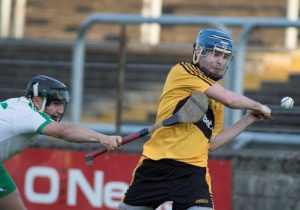 Last autumn, the Twin Towns side brought Burt’s five-in-a-row spell to an end with a 2-13 to 2-9 win on a day when David White and Aaron McAuley hit the goals.

McAuley notched a pair of scores to keep the fight alive and MacCumhaills were right back in it when, after Ciaran Matthewson’s shot was parried by the stick of Eunan’s goalkeeper Colm Breathnach, White batted the rebound to the net.

That brought the teams level but Eunan’s delivered an instant riposte when the dual star O’Donnell – who was called into the Donegal senior football panel this summer – drilled over at the other end.

The stylish O’Donnell clipped on another point before he made the play from which Organ drew a foul and Meehan pointed.

St Eunan’s led by three, 0-13 to 1-7, at the interval with Meehan powering over a fourth free to leave Paddy Flood’s men well poised to turn the odds on their head.

The Letterkenny residents passed up two chances to extend their lead at the outset of the second half before Henderson reduced the arrears with a free, his fourth of the evening.

St Eunan’s kept Mac Cumhaills at bay for much of what became a frustrating second half for the hosts and the coup dr grace was added by sub Durack, who riffled home with his first touch.