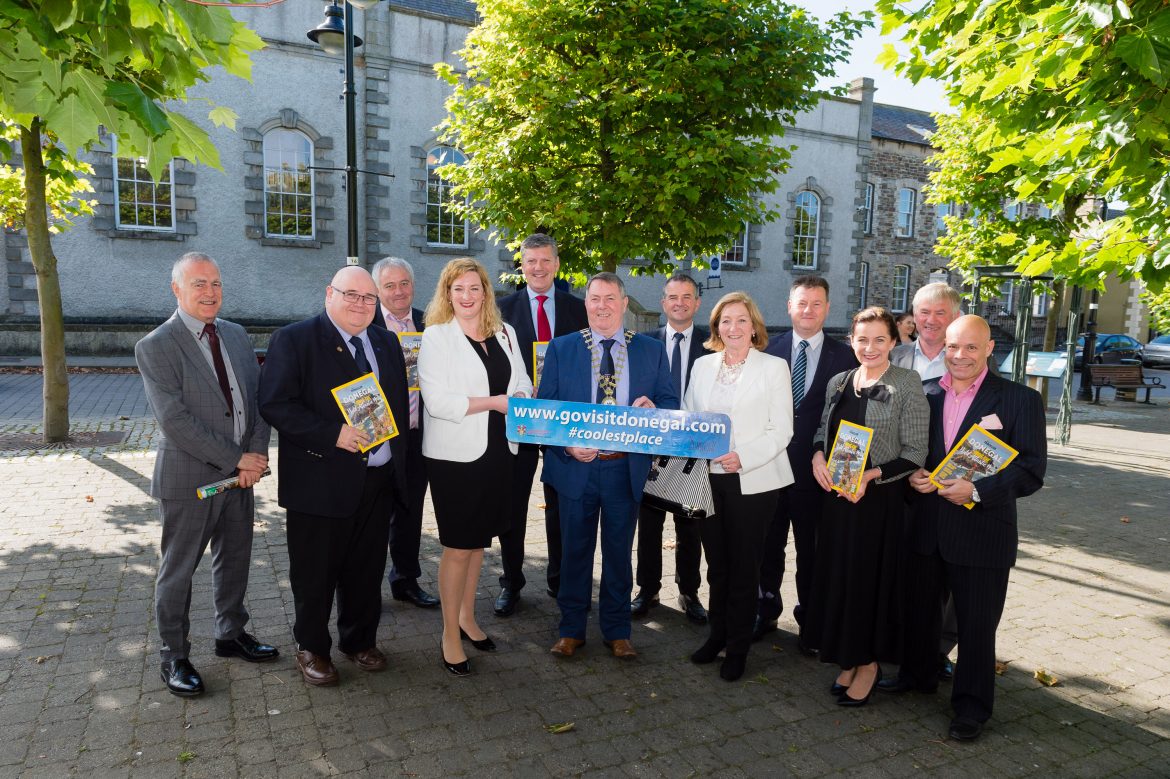 Donegal County Council, Donegal Tourism CLG and tourism representatives came together to mark the international exposure of Donegal’s best highlights in the magazine’s September issue and to praise the county as a top destination for visitors. 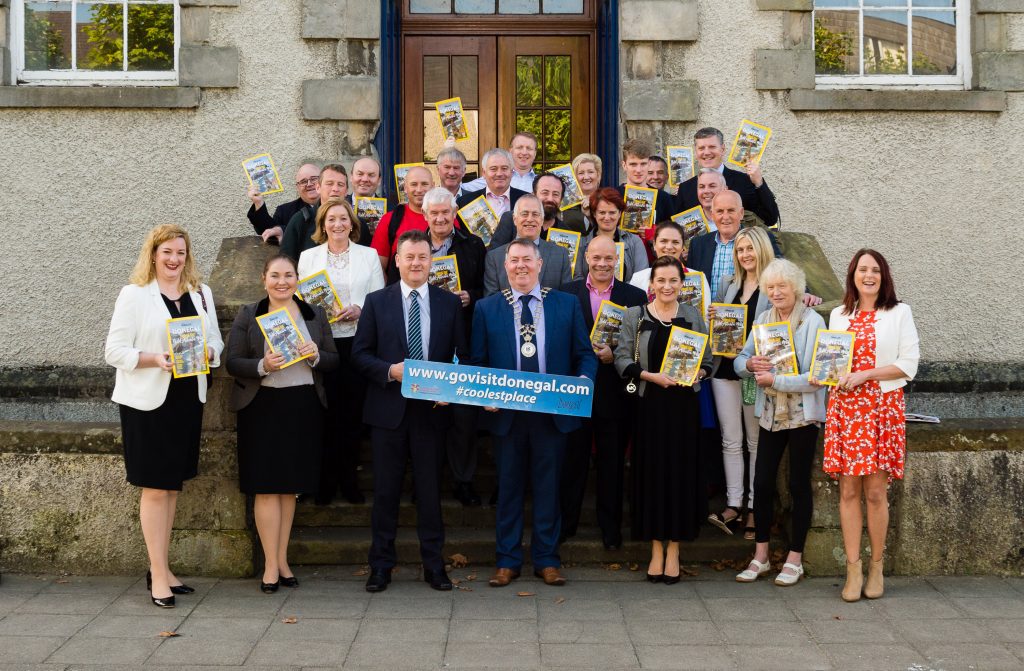 Following on from the announcement that County Donegal was named as the ‘Coolest Place on the Planet 2017’ by the highly renowned magazine, the team at Donegal Tourism CLG made contact with National Geographic Traveller to explore potential marketing opportunities that would maximise the exposure Donegal would receive as a result of this prestigious title. 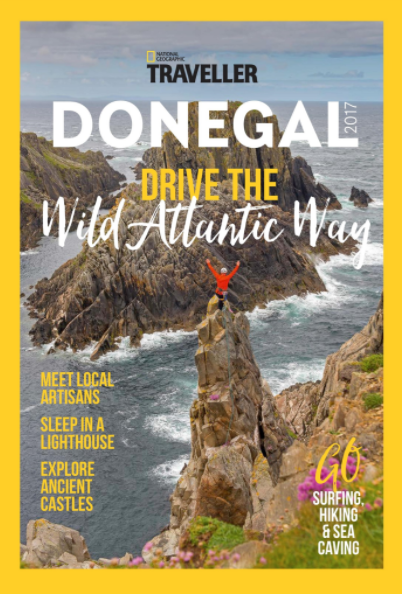 The official launch was hosted by Cathaoirleach Cllr Gerry McMonagle and the Chief Executive of Donegal County Council and Chairman of Donegal Tourism CLG Mr Seamus Neely, which took place on Friday in the County House in Lifford.

Speaking at the launch the Cathaoirleach said: ‘Donegal is the ideal destination for a wide range of visitors and this massive international exposure received as a result of the National Geographic Traveller Donegal travel supplement will have far reaching benefits for tourism into the future. This is an ideal opportunity for visitors from around the world to experience that Donegal really has it all.’

Chief Executive Seamus Neely stated: ‘The impact of being named the ‘Coolest place on the Planet’ has had a much greater effect in County Donegal than the National Geographic Traveller team had expected in terms of the boost to morale and the passion of the people to embrace this wonderful opportunity’. 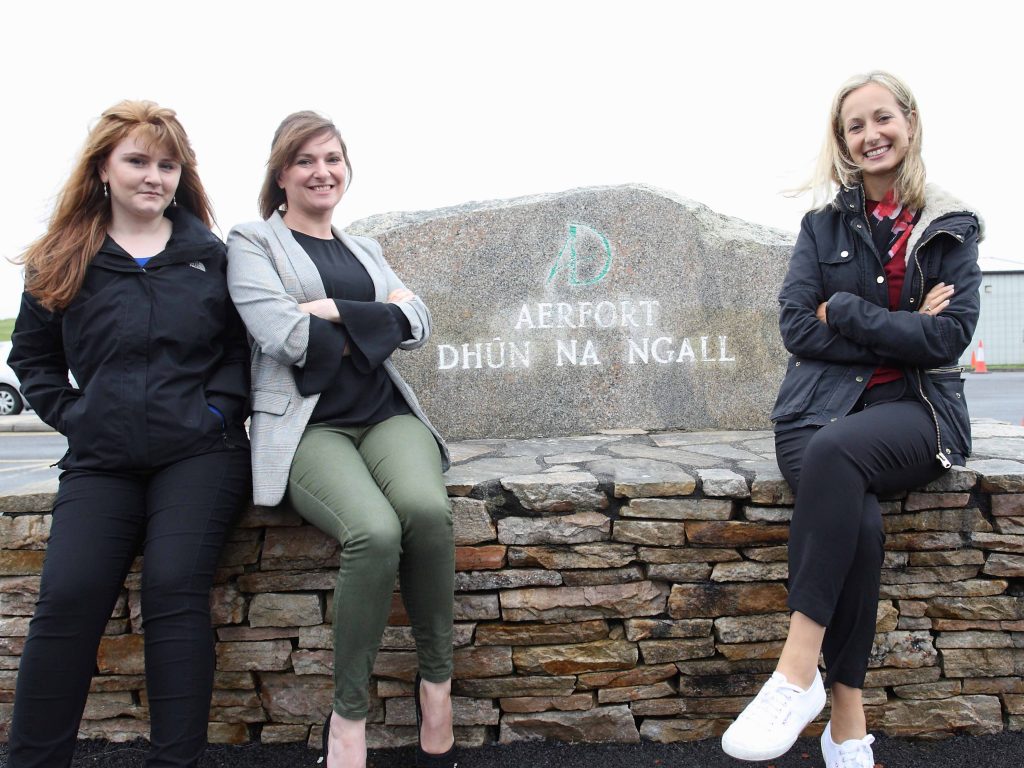 ‘Zoë and Alecsandra visited Donegal earlier this year and travelled to all corners of the county gathering stories, taking photos and experiencing the very best of County Donegal. They were hosted by representatives from the tourism sector from accommodation to meals, activities to attractions, the people of Donegal really came behind us to support this initiative and we would like to sincerely thank all of those involved in hosting them during their visit to Donegal,’ Mr Neely said.

This is an online live event where representatives from various regions around the world will come together to discuss their destination with a panel of experts. This is a very exciting opportunity to showcase Donegal and more information about this event will be available soon.