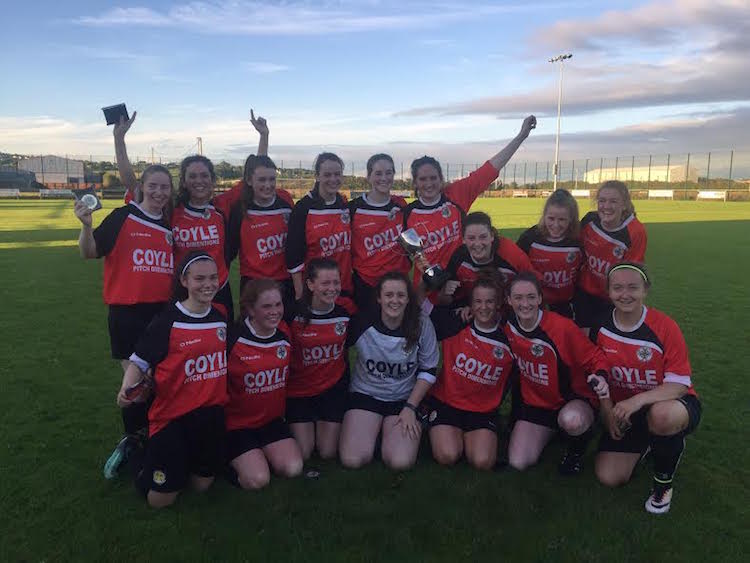 Illies have a 100 per cent record in the League, with 66 goals for and just one against, while they added their first Ulster Cup final win to the sideboard on Sunday evening with a comprehensive 7-1 win over Lagan Harps in Bonagee.

“It was a very good season, better than we expected after the loss of a lot of players to Derry,” Doherty said after the final win.

“We brought in a lot of young players and they stood up to the task very well.

“We still expect to get the girls back from Derry and we want to keep our own girls. The Super League was great and if we had known earlier we wouldn’t have lost those players “

Paula McGrory and Michelle McDaid have netted 46 league goals between them while a goal by Denise McElhinney of Bonagee on Thursday was the first conceded by the Inishowen side in League football in 2017.

Sunday’s final was a carbon copy of many of their fixtures, Doherty’s team pulling away through sheer fitness in the closing chapter.

The Illies boss said: “Fitness told at the end up there. In fairness the girls have put in a big effort. We’ve had no bother getting them out for training and it’s showing.”