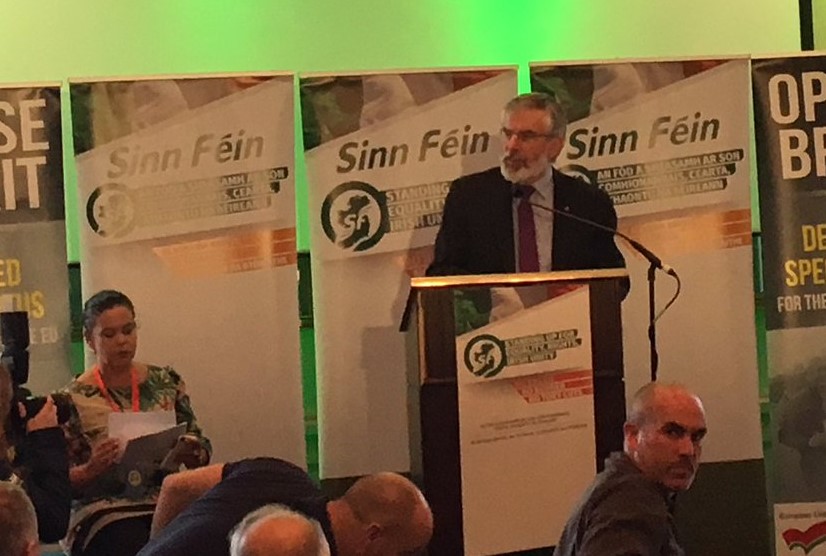 Gerry Adams has said today that he plans to outline a timetable for stepping down as leader of Sinn Féin.

The party president said that his ‘future intentions’ will be made clear at Sinn Féin’s Ard Fheis in November.

Adams spoke in Dublin today at a party think-in, where he confirmed that he will be seeking re-election as president but says plans for a generational change will affect his leadership.

Adams said: “I will be allowing my name to go forward for the position of Uachtaran Shinn Féin. And if elected I will be setting out our priorities and in particular our planned process of generational change, including my own future intentions.”

Adams, who is 69, has been president of Sinn Féin since 1983. He referenced plans he made with the late Martin McGuinness for the future 10 years of the party.

“It is our intention to unveil at the Ard Fheis in November the plan that he helped to formulate,” Adams said.

.@GerryAdamsSF is opening our Away Days in the City North now pic.twitter.com/ONscbgQatB

Sinn Féin TDs not backing down on...