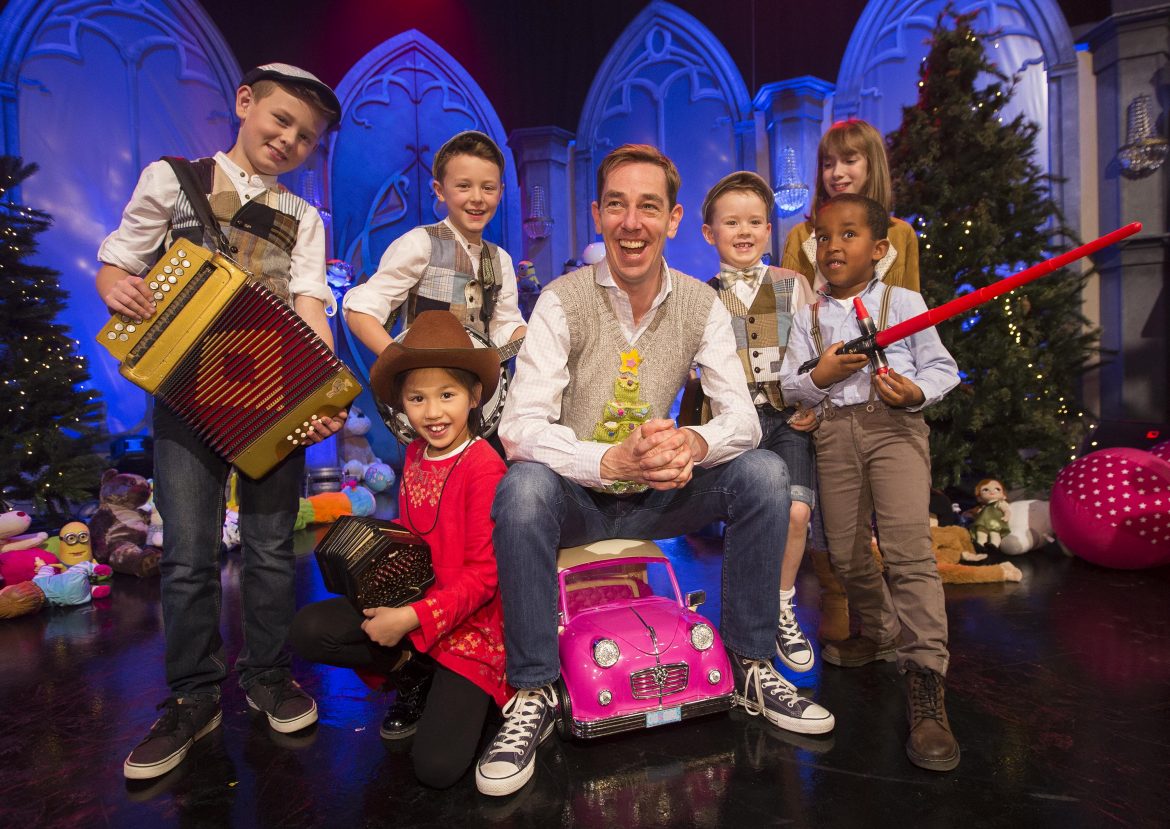 Late Late Toy Show want to hear from you – but hurry, the deadline is soon!

The elves behind Ireland’s favourite Christmas programme are hoping to hear from talented Donegal children who would like to take part in the Late Late Toy Show!

With four months to go until the airing of the Toy Show, the elves want to make sure that they’ve organised the show nice and early so as they can get back to the North Pole to help Santa in his workshop.

Your talent can be absolutely anything – singing or dancing, juggling or jiving, telling jokes or amazing folks – whatever your talent, RTÉ want to hear from you!

All you have to do to apply to record a short video of yourself doing what you do best and put it onto a DVD or USB key. Download and fill out the application form from here, and send it along with your clip to: The Late Late Toy Show Auditions, PO Box 170, RTÉ, Dublin 4.

RTÉ will be travelling across the country in a few weeks to meet the best of the best to find this year’s Toy Show stars, but first they need those videos.

The closing date is just three weeks away on September 22nd, so get filming!

Last year, Alex Nicholas from Bundoran stole the show when he told Ryan Tubridy all about his fairy friends; Sunflower, Sam, and Robin – and how they write to him.

Alex and his fairies were the stars of the show

The Late Late Toy Show airs on RTÉ One on Friday the first of December at 9:35pm.