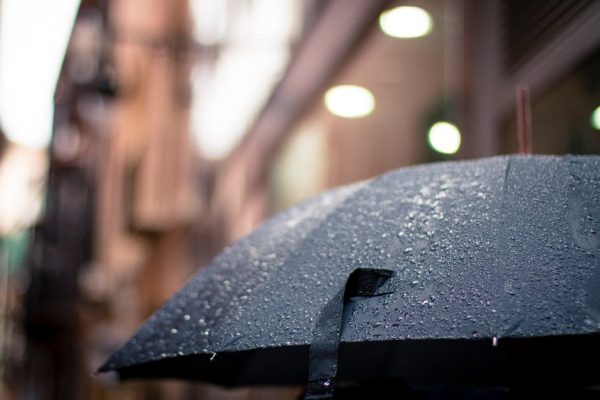 Met Éireann has today revealed that they have picked storm names for 2018.

The first storm of the year will be female, and will be named Aileen.

Met Éireann chose the names along with the UK Met Office.

To comply with international storm naming conventions in which 21 names are selected annually, names with the letters Q, U ,X, Y, and Z are not used.

For a storm to be given a name, it must have meet one of the three following criteria; “a wind storm with potential for significant land-based impact has been forecast, a severe wind events giving rise to status Orange or status Red weather warnings, consideration will be given to rain and snow events.” 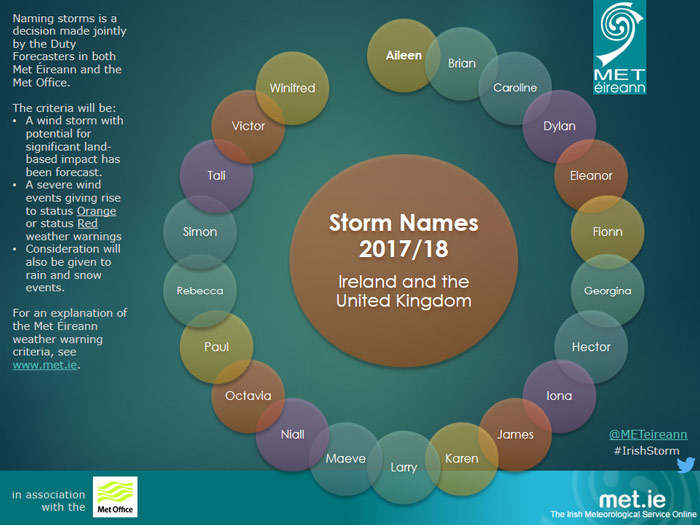 Gerald Fleming, Head of Forecasting at Met Éireann, said: “Last winter was a very quiet one weather-wise and we only worked our way through five named storms, from Angus to Ewan. While it is too early to say whether the coming winter will be a stormy one or a quiet one we are prepared with a whole new set of 21 names for whatever nature may throw at us.

“As before Met Eireann forecasters will work in close co-operation with our colleagues from the UK Met Office to keep all the peoples of these islands warned of impending severe weather.”

Derrick Ryall, Head of Public Weather Services at the Met Office, said: “Last year was another successful pilot of the storm naming project and it’s great to be now making it operational.

“Naming storms has been proved to raise awareness of severe weather in the UK, crucially prompting people to take action to prevent harm to themselves or their property.”