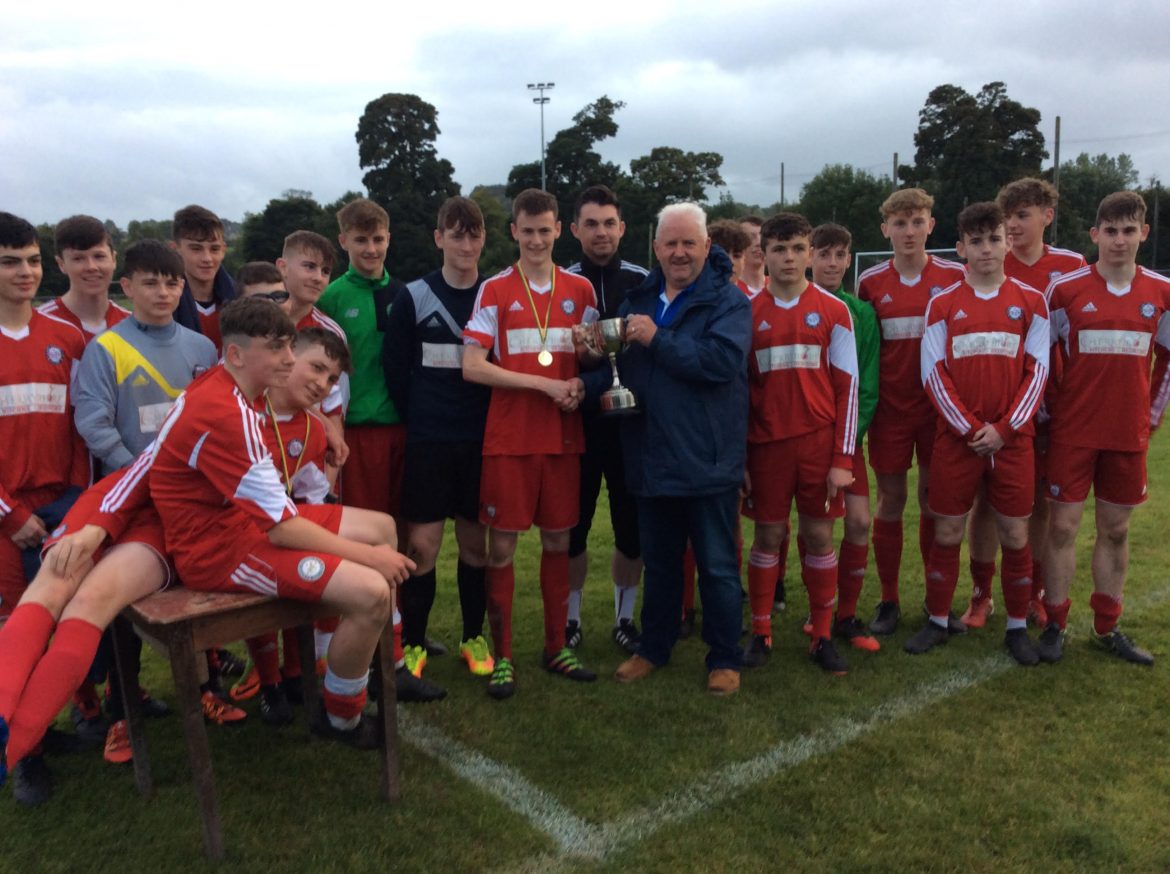 Cappry Rovers Under-16’s completed the treble in East Donegal, adding the cup to the League and League Cup they had won earlier in the season.

Drumkeen contained them until the 28th minute, but three goals in quick succession ended the game as a contest.

Conor Doherty crossed for Alex McGeehan to fire home from the edge of the area.

A cross from Evan McBride was converted by Kaine McGlynn right on halftime and there was no way back for Drumkeen.

Although they battled gamely in the second half the outstanding Evan McBride added a fourth.