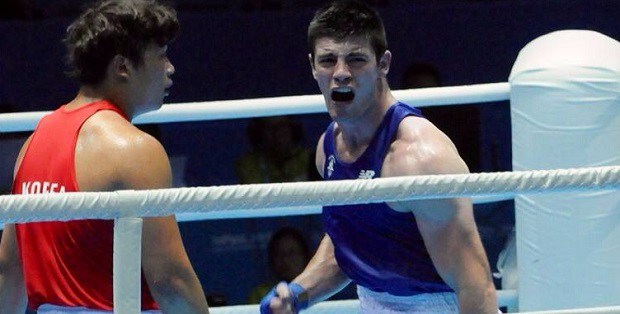 Michael Gallagher’s professional career got off to the perfect start tonight as the Finn Valley power puncher stopped Mateusz Rybarski at the National Stadium.

The Finn Valley cruiserweight, under the tutelage of Conor Quigley, stopped Rybarski in the third round after dishing out a real punishment.

At the Celtic Clash 3 bill in Dublin, Gallagher – winner of eleven Irish titles at the venue in his amateur days – was completely on top throughout.

The bout was slated for four rounds, but renowned knockout artist Gallagher was never looking in the mood to go the distance.

Rybarski was damaged in the second and sought out the comfort of the ropes for a time.

After making it to the stool at the end of the second, Rybarski was in distress and the end was nigh.

So it proved as Gallagher pummelled the Pole at will before referee Emile Tiedt stepped in to call a halt.