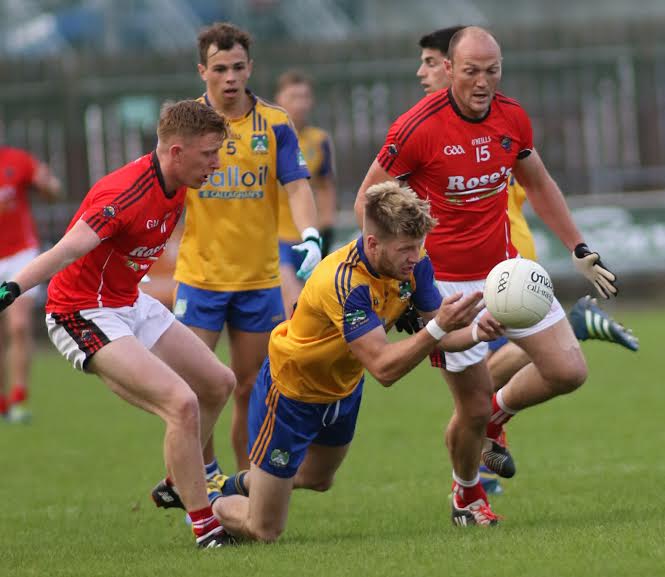 Ronan McLaughlin knew well that Burt had come close to upsetting the odds like never before this evening.

In their first year back in the Senior Championship and in a first senior football quarter-final since 1966, Burt were mightily close to defeating St Michael’s.

In the end, Colm McFadden and Andrew Kelly scored late points to settle the contest and send St Michael’s through – but, for a time, at least, Burt had it in their palms as Conor Harkin’s goal dared the Hibernian men to dream.

“Very proud, but I feel that we left that behind us,” sighed McLaughlin.

“The five minutes at the end of the first half, we tired and they scored six points. We said we’d give it our all.

“We left it behind us, big time. That would have been the shock of the century, but they’re very lucky to get out there with a win.”

Burt came through their group unscathed and while many believed they were in bonus territory, McLaughlin has utter belief in his men.

“There were nerves there,” he added.

“Even I was nervous today. It’s been that long since we saw a team of that calibre. You forget what kind of pace they play at. You’re coaching them that good players play quick, think quick and don’t make the same mistakes twice. We wanted to be in the mix and we were.

“Colm McFadden was the difference and Mark Anthony McGinley took two points from above the crossbar; we nearly had a penalty; we missed three goal chances.

“They know they were lucky there today.”

‘That would have been the shock of the century’ – Burt boss McLaughlin on one that got away was last modified: September 9th, 2017 by Chris McNulty
Facebook0Tweet0LinkedIn0Print0
Tags:
2017 Donegal SFCBURTConor HarkinRONAN MCLAUGHLINSt Michaels